Here are free resources about the California Rancho Cucamonga Mission: 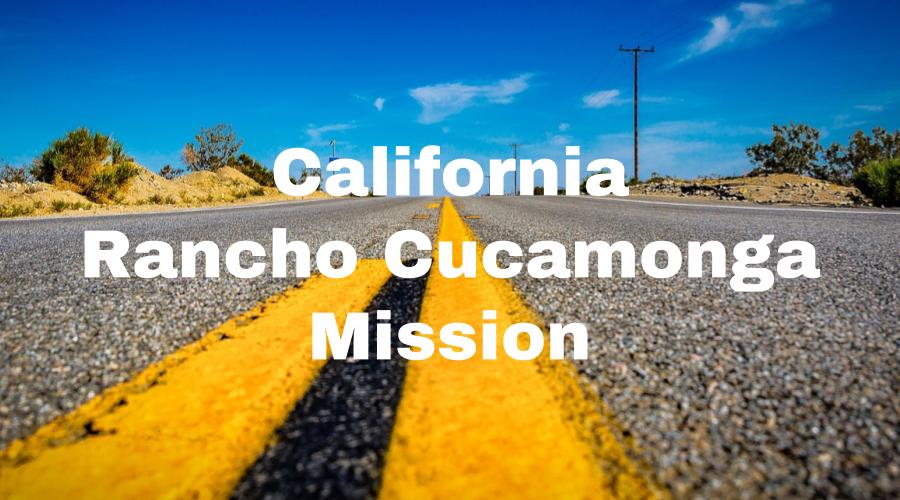 Here’s a recent address for the California Rancho Cucamonga Mission. We try to keep this info up to date, but it’s a good idea to check the address with several sources, including your mission packet or the mission office.

Here’s a list of LDS missionary blogs for the Rancho Cucamonga Mission. This list includes the missionary’s name, URL and when their blog was updated.

Here are T-shirts for the California Rancho Cucamonga Mission!

Shirt designs include California Rancho Cucamonga Mission logo/emblem shirts and Called to Serve shirts. The shirts make great gifts for pre-missionaries, returned missionaries and missionaries currently serving. LDS Mission shirts come in all sizes: Small, Medium, Large, Extra Large, up to 4XL.  The mission designs are printed on white shirts and are shipped to you.

*Simply click on a shirt design to view the details and submit an order. The designs on mission t-shirts may also be printed on other LDS mission gifts, including: California Rancho Cucamonga missionary aprons, Christmas stockings, ties, pillow cases, teddy bears and Christmas ornaments. 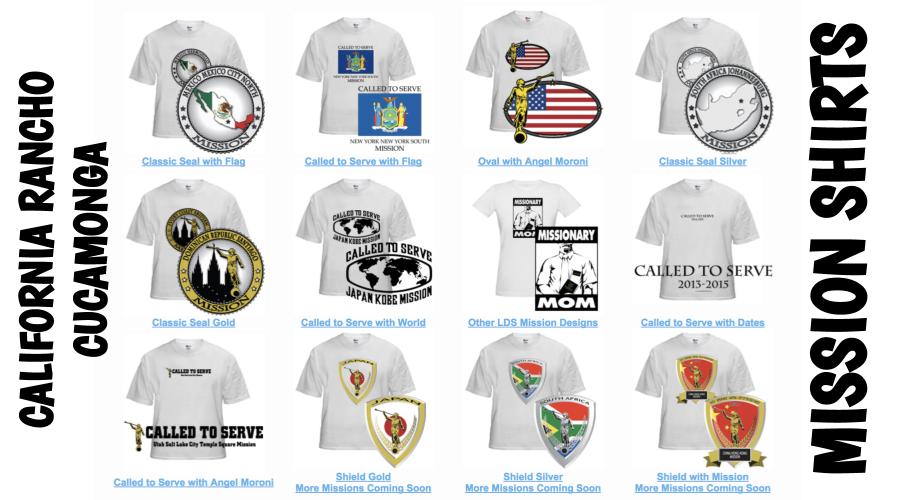 Here’s a list of current and past Mission Presidents of the Rancho Cucamonga LDS Mission.

Here are survey responses from California Rancho Cucamonga RMs, to give you a snapshot into what it’s like to live in the mission.

What are some interesting facts about the Rancho Cucamonga Mission?

LDS History in the Mission

It was created out of a couple different missions in 2013. They mostly have wards, but there are a few branches. I mainly served in Hesperia, which was settled by Mormons. A member showed me this plaque that showed this Mormon Hotel in the town and how most of the area was founded by Mormons.

The mission is divided into the desert and the valley. In the valley, Snoop Dogg has a house there. In the desert you have gangs, drugs, and small houses and everyone is more spread out. It was like two different worlds. We took pictures when it rained in the desert because it was so rare. It snowed maybe once a year. It’s dry and hot in the desert. The food is normal. I ate with Tongans a couple times and that was interesting. Other than that, it was pretty normal. I probably had tacos five times a week for dinner.

I only had one companion that lasted for more than one transfer with me. It was different than most missions, but I loved. I was in a very poor area in the desert with lots of gang activities and drugs. It was amazing to see how humble these people were. One of the men that I was able to teach was one of the head gang members in Hesperia. It’s amazing seeing the transformation that these people have to go through to convert. They will never leave the church after that. I haven’t had one convert fall away.

It goes to the Nevada border so it is really inland. I lot of people pass through Barstow to get to Disneyland and that is in our mission. There are some other cities that aren’t very populated and as you go south it gets more populated. There isn’t much public transportation, so you have to find people at their homes. The temple is in Redlands and I got to go twice a year. Without traffic it’s like a 40 minute drive. It’s pretty easy to get from one place to the other. Two hours would be the farthest you would drive. We have the valley and the desert in our mission. In the valley there are tons of Hispanics, Asians, Koreans, and Filipinos. The desert has more African Americans. There is only English and Spanish for missionaries. There is a lot of diversity. You could always count on fun meals. I’m from a town of 2,000 people and that is tiny compared to California cities. The traffic was amazing. It was insane. The freeways are eight or ten lanes.

Most people have a religion. We ran into a lot of Catholics. There are also a lot of Born Again Christians. There are a lot of local churches that are popular like Calvary Chapel. There are a lot of amazing people that aren’t members of our church. I lived with members throughout my whole mission. One member family lived next to a nice Catholic family and they were such great people and they did a lot of good. That was exciting for me because I wasn’t around a lot of other religions where I grew up. We get fed by members every night. I learned to never say no. I never said no to dessert, or this or that. The first summer I went door to door contacting and I never brought a water bottle because so many people offered us water bottles. I started to say no, but my companion would always say yes to the waters because we would get to come in to the homes and talk to people.