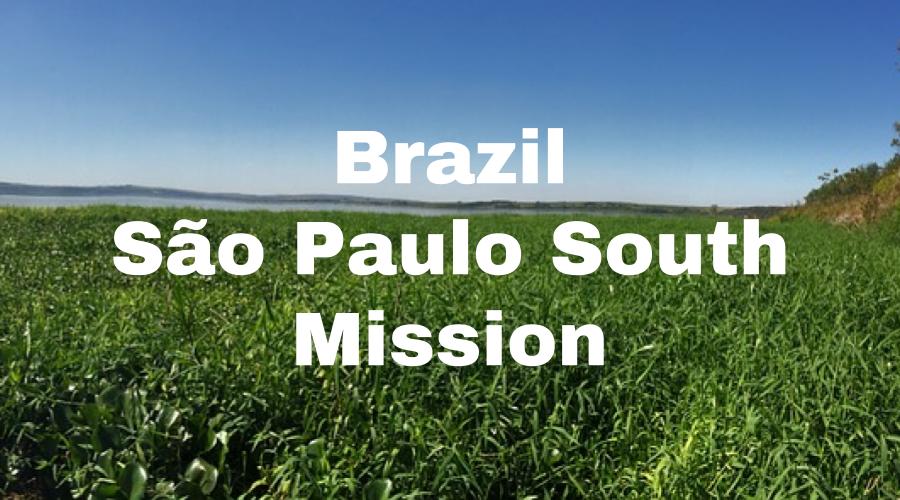 Here’s a recent address for the Brazil Sao Paulo South Mission. We try to keep this info up to date, but it’s a good idea to check the address with several sources, including your mission packet or the mission office.

Here’s a list of LDS missionary blogs for the Sao Paulo South Mission. This list includes the missionary’s name, URL and when their blog was updated.

Here are T-shirts for the Brazil Sao Paulo South Mission!

Shirt designs include Brazil Sao Paulo South Mission logo/emblem shirts and Called to Serve shirts. The shirts make great gifts for pre-missionaries, returned missionaries and missionaries currently serving. LDS Mission shirts come in all sizes: Small, Medium, Large, Extra Large, up to 4XL.  The mission designs are printed on white shirts and are shipped to you.

*Simply click on a shirt design to view the details and submit an order. The designs on mission t-shirts may also be printed on other LDS mission gifts, including: Brazil Sao Paulo South missionary aprons, Christmas stockings, ties, pillow cases, teddy bears and Christmas ornaments. 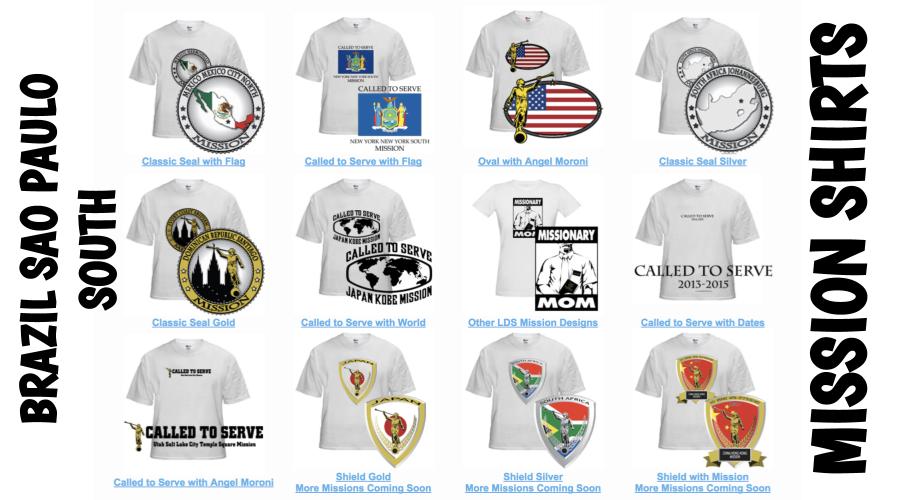 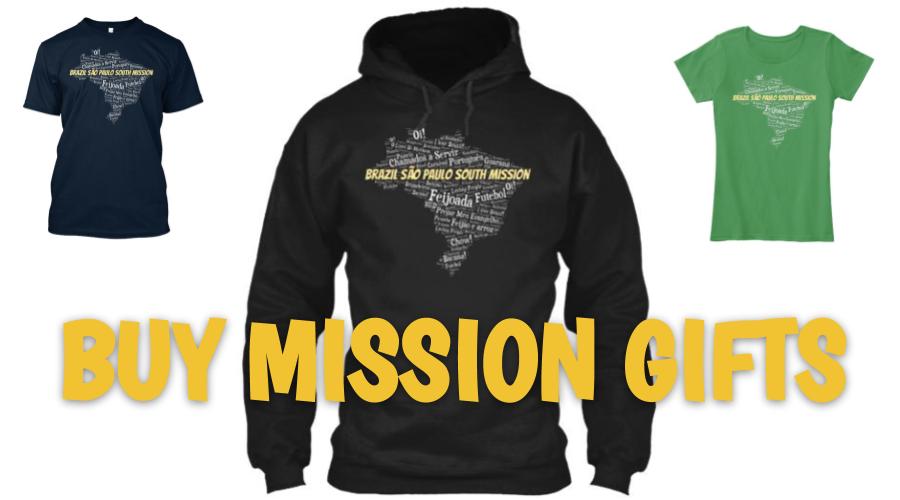 Here’s a list of current and past Mission Presidents of the Sao Paulo South LDS Mission.

Here are survey responses from Brazil Sao Paulo South RMs, to give you a snapshot into what it’s like to live in the mission.

What were some of your favorite foods?

What was a crazy or dangerous experience?

What are some interesting facts about your mission?

What do you love about the people?

What do you wish you had known before your mission?

Any advice or bit of testimony for missionaries called to serve there?

What was a funny language mistake you made?

The Best and Smallest Mission

My mission president gave a training once on why this is the best mission in the world. It is one of the smallest missions in the world. There are millions of people in the city. You don’t spend a lot of time traveling. There is a ton of people. The church is very strong in Sao Paolo. There are 11 stakes in the mission. It would take you just two hours in your car to travel through all 11 stakes. It was recently created in 2013. That boundary gave the coast to a different mission, so we are focused on the city. Our mission is just one happy cluster of people. It has a lot of church history and a lot of elders are from there. A lot of the early prophets and apostles traveled through there. It has always been the epicenter of church growth in Brazil. A lot of the earliest chapels in Brazil are in our mission.

We always talked about how Joseph Smith’s story is really applicable. Everywhere you go in Brazil you see a church. The running joke is that Brazil has more churches than bars, because people can just open their garage and start a church. You have Jehovah’s Witnesses, Baptists, Pentecostal, and other big churches as well. Every misconceptions they could have, they do. The best thing you can do as a member there is just be a good person. There are a few religions that people take care to avoid that have to do with voodoo and black magic and sometimes people will think that we do that, so you have to be very clear that you are a Christian.

The people are very hospitable, but you can’t confuse hospitality with interest. You have to convince people to act right away. You have to transmit some of your joy to those people and then let them know your intentions. A lot of people there work a ton. Some people are just gone all day. You have to still follow up with people every day. Facilitate their progress. You have to be a little bold, because Brazilians are really polite.

Most of the strength comes from good families.