Here are free resources about the Australia Brisbane Mission: 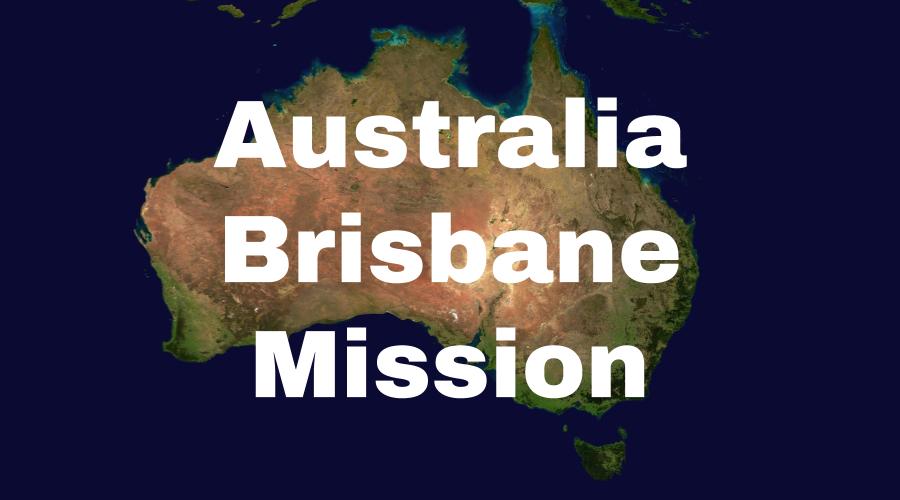 Here’s a recent address for the Australia Brisbane Mission. We try to keep this information up to date, but it’s a good idea to check the mission address with several sources, including your mission packet or the mission office.

Here’s a list of LDS missionary blogs for the Brisbane Mission. This blog list includes the missionary’s name, URL and when their mission blog was updated.

Here are T-shirts for the Australia Brisbane Mission!

Shirt designs include Australia Brisbane Mission logo/emblem shirts and Called to Serve shirts. The shirts make great gifts for pre-missionaries, returned missionaries and missionaries currently serving. LDS Mission shirts come in all sizes: Small, Medium, Large, Extra Large, up to 4XL.  The mission designs are printed on white shirts and are shipped to you.

*Simply click on a shirt design to view the details and submit an order. The designs on mission t-shirts may also be printed on other LDS mission gifts, including: Australia Brisbane missionary aprons, Christmas stockings, ties, pillow cases, teddy bears and Christmas ornaments. 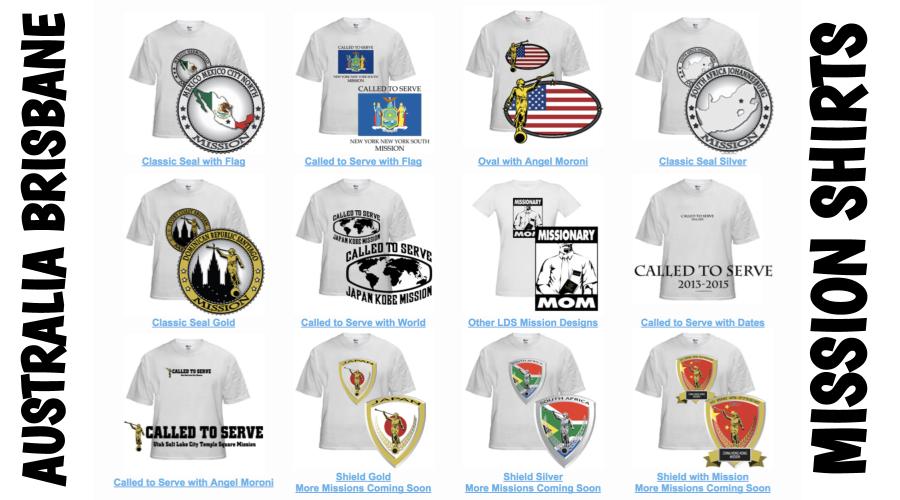 Here’s a list of current and past Mission Presidents of the Brisbane LDS Mission.

Here are survey responses from Australia Brisbane RMs, to give you a snapshot into what it’s like to live in the mission.

What are some interesting facts about the Brisbane Mission?

I served from December 2007 to December 2009. In terms of Geography, the Brisbane mission was fairly large, one of the largest in the world. Most of the mission is around Brisbane city. There’s a little bit that goes inland. there’s districts and zones that are spread out up and down the coast. I remember that at one point I was transferred “Up North.” The ride was about 24 hours from Brisbane up to the town of Townsville, and that was only halfway up the mission! The further North you get, the more the towns are spaced out.

Some of towns farther north include Cairns and even up to Bamaga. Townsville and Cairns had almost tropical climates, while Brisbane City was closer to California in its weather, temperment, and even plants. However, all of Australia has a very peculiar climates. I don’t think anyone really went to the top of the mission, the territory there is more pacific.

In the suburbs and city of Brisbane itself, the church is very well established. Up in townsville and cairns there’s still branches. But the members there were great, and you could have an intimacy with the members that you just couldn’t have in a ward.

I’ve lived in Utah, Missouri, Idaho, Arizona, and California, and I’ve experienced a lot of different densities of members. Utah and Idaho are very dense. When I lived in Boise, it seemed about 50-50. When I lived in Missouri, however the stake was huge and stretched into Arkansas. Australia is very similar to Missouri. Many members live 10, 20, 30 minutes away from each other and from the church, but it wasn’t so spread out that you felt isolated.

The Church started in New Zealand, and then moved into Australia. The New Zealand temple was one of the first international temples. Now the church is growing in Australia and is growing.

Australian culture is heavily influenced by the English. Many citizens are members of the Catholic or Anglican churches. There are, however, a growing number of Evangelicals. I seemed to meet a lot of agnostic people when I was there as well. They were largely undecided, or decidedly undecided. Many were ok with ambiguity in spiritual things. there were a lot of Sikhs as well, seeing as there are many Indian immigrants in Australia. As a result, you can find some pretty great Indian food there. Many Asian cultures are present in the Australian country.