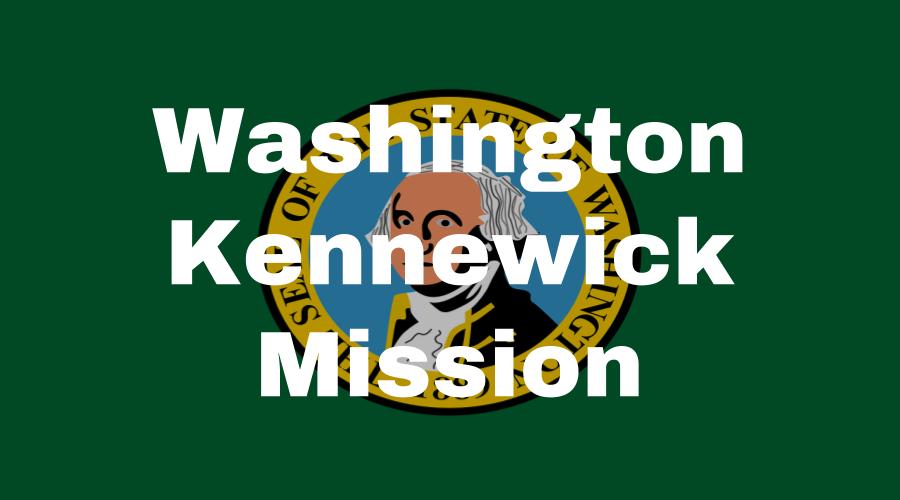 Here’s a recent address for the Kennewick Mission. We try to keep this information up to date, but it’s a good idea to check the address with several sources, including your mission packet or the mission office.

Here’s a link to the mission map for the Kennewick Mission (LDS). Coming soon..

Here’s a list of LDS missionary blogs for the Kennewick Mission. This list includes the missionary’s name, URL and when their blog was updated.

Here are T-shirts for the Washington Kennewick Mission!

Shirt designs include Kennewick Mission logo/emblem shirts and Called to Serve shirts. The shirts make great gifts for pre-missionaries, returned missionaries and missionaries currently serving. LDS Mission shirts come in all sizes: Small, Medium, Large, Extra Large, up to 4XL.  The mission designs are printed on white shirts and are shipped to you.

*Simply click on a shirt design to view the details and submit an order. The designs on mission t-shirts may also be printed on other LDS mission gifts, including: Kennewick missionary aprons, Christmas stockings, ties, pillow cases, teddy bears and Christmas ornaments. 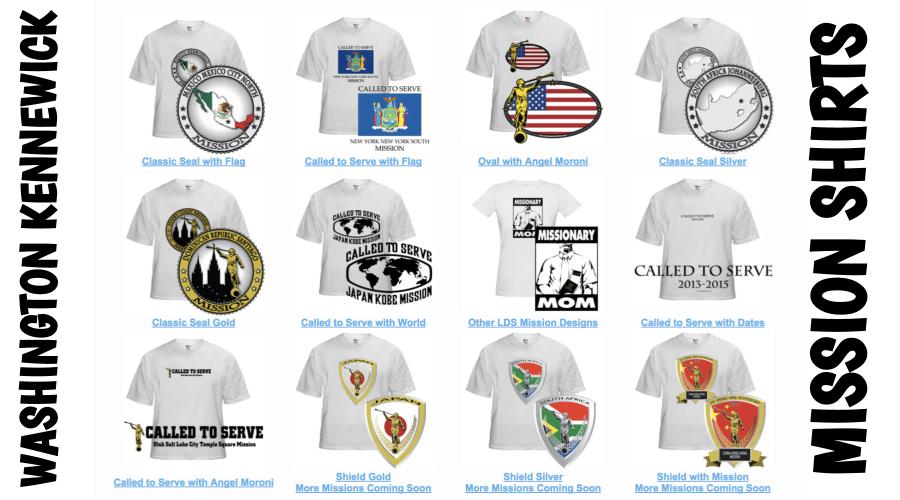 Here’s a list of current and past Mission Presidents of the Kennewick Mission.

Here are survey responses from Kennewick RMs, to give you a snapshot into what it’s like to live in the mission.

What are some interesting facts about the Kennewick Mission?

I don’t know a ton about the Church history. There is a small town that was part of my huge first area. I think an LDS member came up and settled the town. His name was Moroni or Helaman or something. We found his grave site. The boundaries went to the tricities. We went up to Ellensburg. It was down to Pendleton, so there was a large chunk that went down into Oregon. We continued on the Washington side up to Longview. Since then, they have split essentially that whole area in half. The Vancouver, Washington mission took some of our areas. The Kennewick mission took in part of the Spokane mission. In Tricities there is a temple. There isn’t one within the boundaries at least with the new boundaries. Our mission president let us go to the Portland temple, which was nice. I think we went every other transfer. On the east side, it’s really well known. The high school has a seminary building. I think it was about 10 percent LDS in the Tricities area. On the west side, it wasn’t nearly as much. I don’t know what the weekly attendance in the wards was. There area I served in had a lot of people in the backwoods who had to come long distances to get to church. People know about the church. There are some who are antagonistic. Not everyone really understands us though. There is one ward in Stevenson, Washington.

I lived in a downtown area. It was only about two square miles. We walked a lot. We later got a car though. There isn’t a whole lot of crime. Stay with your companion though. It’s pretty dry. It’s a lot like Utah. It was kind of more arid. The winters there don’t get a whole lot of snow though. It does get hotter in the summertime. Compared to Utah, the cold was no big deal. Not a lot of precipitation. I was in the downtown area, and the part I was in was really right next to the Columbia river. There is a trail along the river which is really nice. The people there are a lot more conservative. There were a lot of Mitt Romney supporters while the election was going on. There is a nuclear power plant and nuclear research place there. That’s where the Manhattan Project originated. The government built a lot of cookie cutter houses around there. If you didn’t know the streets very well, you would get lost pretty easily because the houses all looked so similar. That whole area had a lot of scientists and engineers.