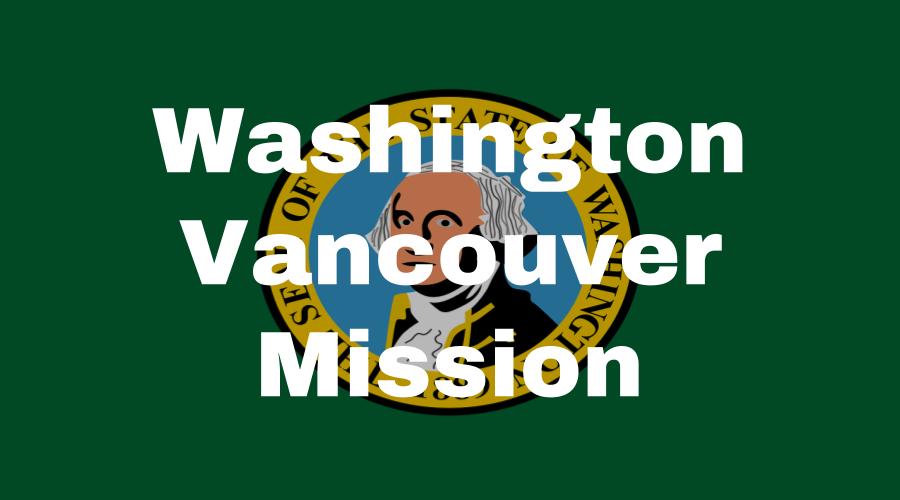 Here’s a recent address for the Vancouver Mission. We try to keep this information up to date, but it’s a good idea to check the address with several sources, including your mission packet or the mission office.

Here’s a list of LDS missionary blogs for the Vancouver Mission. This list includes the missionary’s name, URL and when their blog was updated.

Here are Vancouver Mission Groups- for LDS missionary moms, returned missionaries, mission presidents and other alumni of the mission.

Here are T-shirts for the Washington Vancouver Mission!

Shirt designs include Vancouver Mission logo/emblem shirts and Called to Serve shirts. The shirts make great gifts for pre-missionaries, returned missionaries and missionaries currently serving. LDS Mission shirts come in all sizes: Small, Medium, Large, Extra Large, up to 4XL.  The mission designs are printed on white shirts and are shipped to you.

*Simply click on a shirt design to view the details and submit an order. The designs on mission t-shirts may also be printed on other LDS mission gifts, including: Vancouver missionary aprons, Christmas stockings, ties, pillow cases, teddy bears and Christmas ornaments. 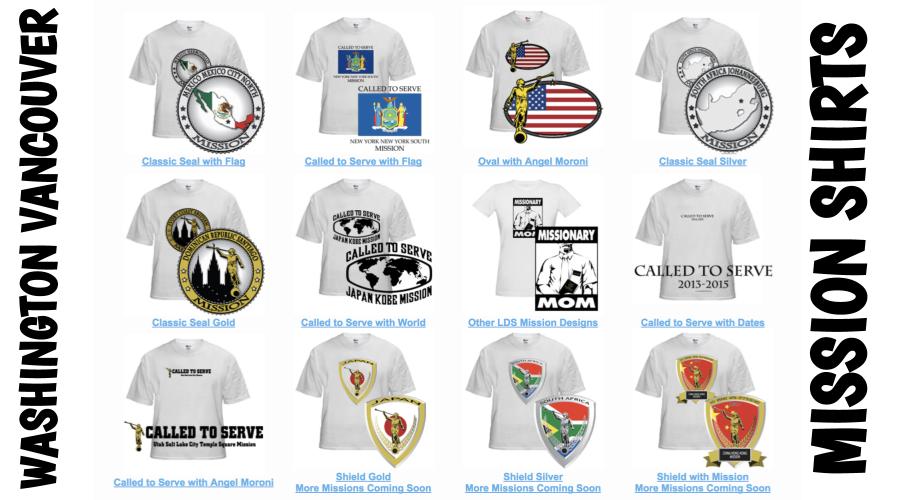 Here’s a list of current and past Mission Presidents of the Vancouver Mission.

Here are survey responses from Washington Vancouver RMs, to give you a snapshot into what it’s like to live in the mission.

What are some interesting facts about the Vancouver Mission?

What was a funny language mistake your or another missionary made? (if applicable)

Serving here was one of the greatest experiences I could ever have. I started in the Vancouver Spanish branch, and there were 12 missionaries there at the time. If you go Spanish speaking you will definitely serve in that branch. There are four stakes in the city of Vancouver. It does rain a lot, especially on the coast. I remember recorded rain from October until the middle of December. It rained every day. You can serve on the coast, which is a sub tropical rain forest climate. It rains nine months of the year. You can serve in the city of Vancouver. In the winter it will get down to 20 degrees and maybe 90 degrees in the summer. It is a little humid. You can serve close to the cascade mountain range. There is this beautiful evergreen forest, mountains, and the Columbia river. Get a nice rain coat, not an umbrella. You’re considered a tourist if you’re using an umbrella. I was transferred to Oregon at one point, but then I went back to northeast Portland. Serving there was really a great experience. There are a lot of old Victorian homes. There was a large amount of Spanish speakers as well. Since 2012, four or five new missionaries have formed in Washington. In 2013 they split the missions and I was sent to the Vancouver mission. They used to have a Spanish zone, but it has since been disbanded because of the complexities of distances and so they are just part of the English speaking stakes.

You will be an online missionary. You carry an iPad with you to teach with, and you will work on Facebook for an hour a day. If you know you’re going to serve in the United States, you need to prepare yourself to be a Facebook missionary. I had many companions from Utah that said that all of their families were members. Everyone needs help and support. If you have faith and prepare yourself now, you can see lives change. I know one young lady that just needed someone to tell her to go talk to her bishop. She just needed that little impression. You have impressions that don’t lead anywhere, but it’s about Heavenly Father trusting you.

How To Be The Best Missionary You Can Be