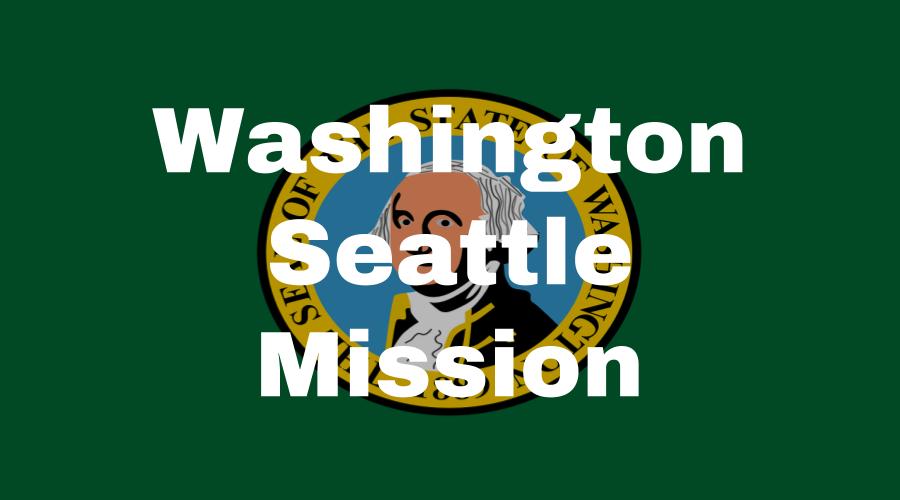 Here’s a recent address for the Seattle Mission. We try to keep this information up to date, but it’s a good idea to check the address with several sources, including your mission packet or the mission office.

Here’s a list of LDS missionary blogs for the Seattle Mission. This list includes the missionary’s name, URL and when their blog was updated.

Here are Seattle Mission Groups- for LDS missionary moms, returned missionaries, mission presidents and other alumni of the mission.

Here are T-shirts for the Washington Seattle Mission!

Shirt designs include Seattle Mission logo/emblem shirts and Called to Serve shirts. The shirts make great gifts for pre-missionaries, returned missionaries and missionaries currently serving. LDS Mission shirts come in all sizes: Small, Medium, Large, Extra Large, up to 4XL.  The mission designs are printed on white shirts and are shipped to you.

*Simply click on a shirt design to view the details and submit an order. The designs on mission t-shirts may also be printed on other LDS mission gifts, including: Seattle missionary aprons, Christmas stockings, ties, pillow cases, teddy bears and Christmas ornaments. 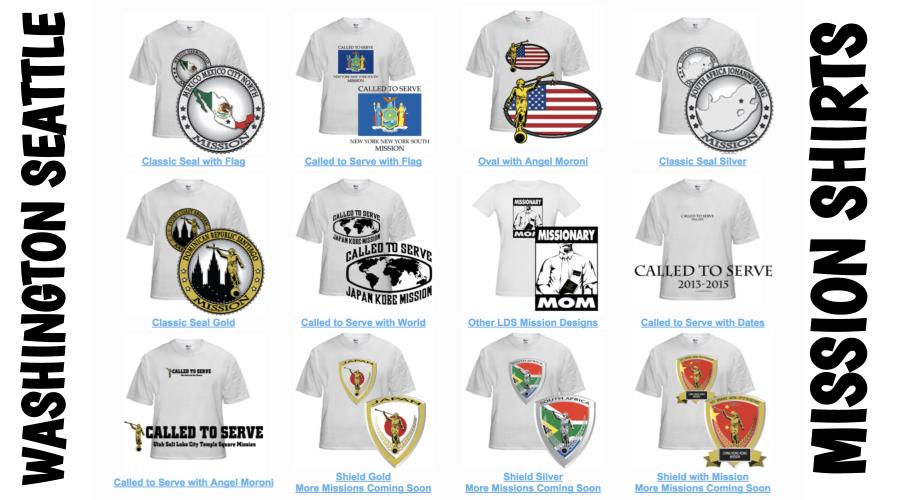 Here’s a list of current and past Mission Presidents of the Seattle Mission.

Here are survey responses from Seattle RMs, to give you a snapshot into what it’s like to live in the mission.

What are some interesting facts about the Seattle Mission?

The Washington Seattle mission is different, because we had to run everywhere we went. For the first nine months, we would run everywhere we went. We ran from the church to our car, we ran from door to door. That was a rule my first mission president had. That blessed me a lot and helped me be diligent. My next mission president didn’t keep it as a rule, but as a suggestion. I ran for my whole mission. Yes, I lost weight from running so much. Seattle is a melting pot. I served in five different areas. I served in south Seattle, which is very diverse. There are people and religions from everywhere: Africa, Asia, the Polynesian islands, lots of Spanish speakers. I met people from everywhere. It rains a lot. My second mission said to drink the rain. If I could go back, I would go see the coast. It’s so pretty and I never got to serve there.  I would visit some families and wards where I served to. I thought I would only be eating seafood, but it isn’t really that much. It’s very rainy. I got to ride in a car my whole mission. A lot of missionaries walk or ride bikes, but I was blessed to have a car the whole mission. There is a lot of metro transit there that missionaries take when they’re downtown. You may learn to eat with chopsticks. Our mission president was from South Korea, so you get a lot more Korean food. Seattle has the best teriyaki places. We had to use flat metal chopstick in the mission home and that was hard. I started in the area of Skyway. It was kind of ghetto, but I’m grateful for it. My next area was east of downtown Seattle. Then I went north of Seattle. I spent a lot of my time in more suburban areas. I love every single area. The people were all different and unique. I loved every one. I’m still in contact with the people there.