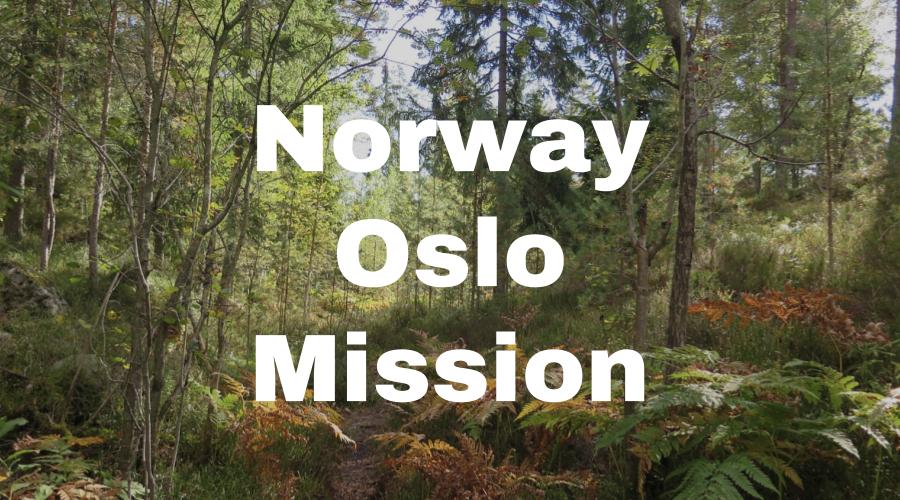 Here’s a recent address for the Norway Oslo Mission. We try to keep this information up to date, but it’s a good idea to check the address with several sources, including your mission packet or the mission office.

Check with your missionary before sending packages and letters to them personally.  They will need to be sent to their specific address.  Forwarding mail to the missionaries requires extra postage from us, or delaying the arrival of their mail until they come to Oslo, or someone travels to their area to deliver it personally.

Here’s a list of LDS missionary blogs for the Norway Oslo Mission. This list includes the missionary’s name, URL and when their blog was updated.

Here are T-shirts for the Norway Oslo Mission!

Shirt designs include Norway Oslo Mission logo/emblem shirts and Called to Serve shirts. The shirts make great gifts for pre-missionaries, returned missionaries and missionaries currently serving. LDS Mission shirts come in all sizes: Small, Medium, Large, Extra Large, up to 4XL.  The mission designs are printed on white shirts and are shipped to you.

*Simply click on a shirt design to view the details and submit an order. The designs on mission t-shirts may also be printed on other LDS mission gifts, including: Norway Oslo missionary aprons, Christmas stockings, ties, pillow cases, teddy bears and Christmas ornaments. 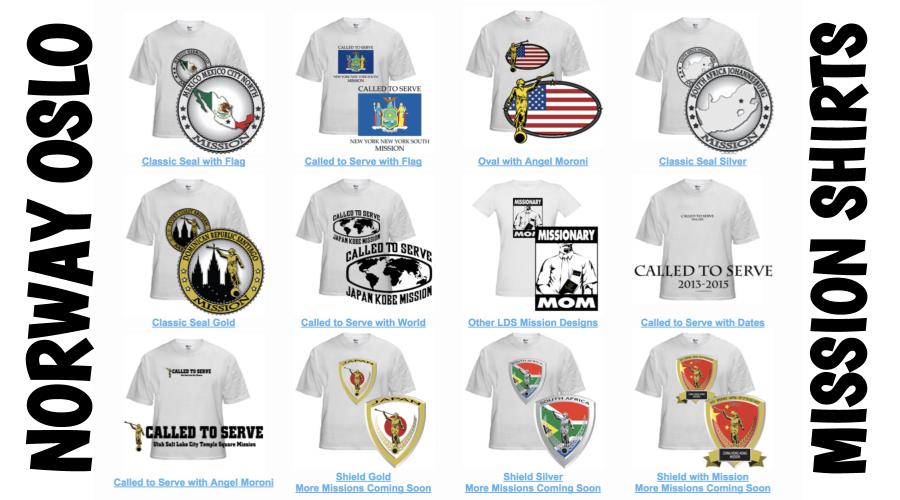 Here’s a list of current and past Mission Presidents of the Oslo Mission.

Here are survey responses from Norway Oslo RMs, to give you a snapshot into what it’s like to live in the mission.

What were some favorite Norwegian foods?

What are some interesting facts about the Norway Oslo Mission?

What skills did you gain as a missionary?

Anything you wish you knew/did at the beginning of your mission?