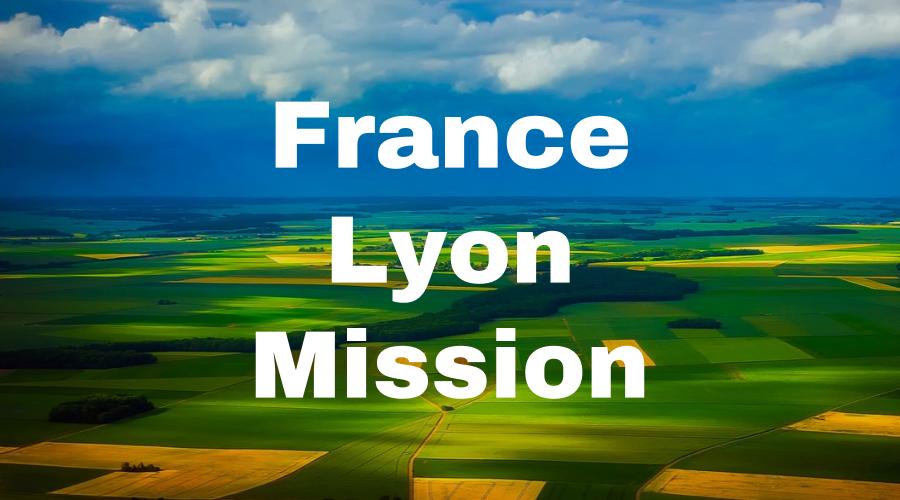 Here’s a recent address for the France Lyon Mission. We try to keep this info up to date, but it’s a good idea to check the address with several sources, including your mission packet or the mission office.

Here’s a list of missionary blogs for the France Lyon Mission. This list includes the missionary’s name, URL and when their blog was updated.

Here are T-shirts for the France Lyon Mission!

Here’s a list of current and past Mission Presidents of the Lyon LDS Mission.

Here are survey responses from France Lyon RMs, to give you a snapshot into what it’s like to live in the mission field.

What are some interesting facts about the Lyon Mission?

Any advice on what to bring/pack?

Anything you couldn’t find easily in France?

What skills did you gain on your mission?

Is there anything you wish you knew/did at the beginning of your LDS mission?

Is there a principle particularly helpful for missionaries?

Anything advice for pre-missionaries going to Lyon?