Here are free resources about the California Los Angeles Mission: 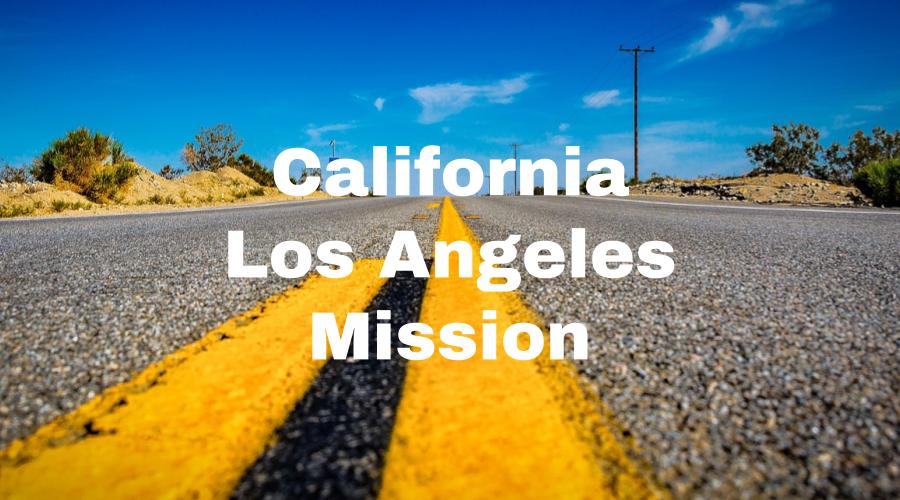 Here’s a recent address for the California Los Angeles Mission. We try to keep this info up to date, but it’s a good idea to check the address with several sources, including your mission packet or the mission office.

Here’s a list of LDS missionary blogs for the California Los Angeles Mission. This list includes the missionary’s name, URL and when their blog was updated.

Here are T-shirts for the California Los Angeles Mission!

Shirt designs include California Los Angeles Mission logo/emblem shirts and Called to Serve shirts. The shirts make great gifts for pre-missionaries, returned missionaries and missionaries currently serving. LDS Mission shirts come in all sizes: Small, Medium, Large, Extra Large, up to 4XL.  The mission designs are printed on white shirts and are shipped to you.

*Simply click on a shirt design to view the details and submit an order. The designs on mission t-shirts may also be printed on other LDS mission gifts, including: California Los Angeles missionary aprons, Christmas stockings, ties, pillow cases, teddy bears and Christmas ornaments. 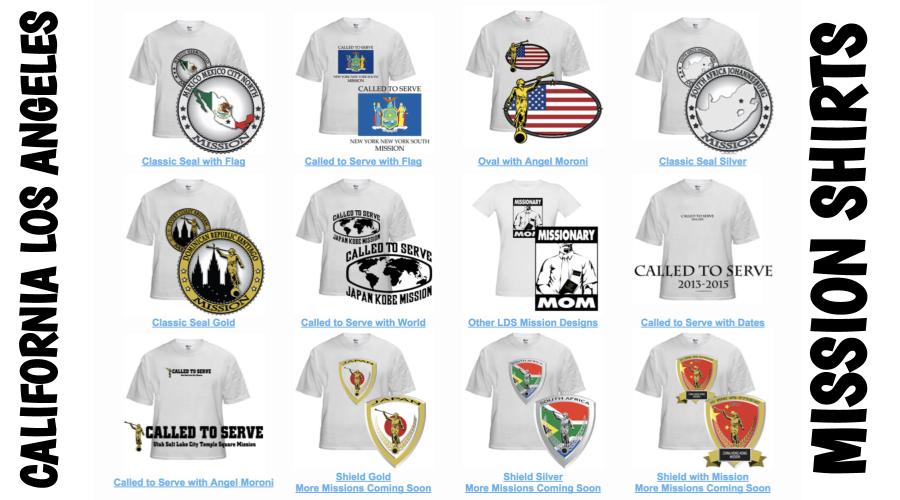 Here’s a list of current and past Mission Presidents of the Los Angeles LDS Mission.

Here are survey responses from California Los Angeles RMs, to give you a snapshot into what it’s like to live in the mission.

What are some interesting facts about the Los Angeles Mission?

Los Angeles is a very small mission, but it is one of the biggest in terms of population. It is very diverse. You can find all types of people. There are eight different languages in the mission right now. It is very fast paced, so people don’t have a lot of time to talk to you. We had faith and we talked to people and expected them to stop and talk with us. It is a hard place to be because the people move so fast and they are very well cultured without our religion. You have to have a lot of faith. We have about 200 missionaries who come from all around the world: Asia, Europe, South America, Africa, Australia. We also have the temple and visitors center. It’s an awesome place to be. The spirit is really strong and you can teach investigators on the grounds and the visitors center sisters are really helpful.

The people are really nice and respectful in general. Sometimes you get yelled at, but that’s ok. We have a temple in our mission and not many missions have that. The church buildings are very old so they are all a lot different.

The LA mission is one of the smallest geographically, but one of the largest in terms of population. It is a tiny mission. Without traffic, you could get from one side to the other in about 45 minutes. We have the UCLA campus and so there are so many international students. Any and every ethnicity is in the mission. We had Spanish, Mandarin, Korean, French, Samoan, Tongan, we had so many. They even called people to speak Farsi and ASL as well. There was so much diversity, even among the missionaries. There were 25 to 30 sisters in the visitors center. Half of those sisters were international. You spend half of your day in the visitors center and the other half in the surrounding areas. I served in some really rich places because that’s what is close by.

Every missionary spoke different languages, so you have a lot of very different experiences. In the first half of my mission, I ate a lot of salads and organic health foods. For the second half, I was in Compton and I spent a lot of time with Hispanic people and Samoan people mostly.

There are so many languages in LA. I served in Hollywood which is super diverse. I lived in Koreatown and served in Little Armenia and Little El Salvador. One time we shared missionaries that spoke different languages from other missions like Ventura that came and taught us some Armenian. I only remember a couple things in Armenian. The majority of people that we contacted in the streets were Catholics. I heard “I am Catholic” so many times. Generally people knew who LDS missionaries were. There are churches everywhere in Los Angeles. There are huge Catholic cathedrals. They were receptive to us for the most part and we had a mutual love for Christ and the Bible.

Life in the Fast Lane

I love California and would love to live there some day. It’s so beautiful and so diverse and I know Heavenly Father wanted me to experience that. Lots of people are just walking down the streets when we contact them. The people that would stop and listen to us didn’t want to hear much more if it didn’t apply directly to their lives. If you couldn’t tell them why it applied to their lives in 10 seconds, then they didn’t want to hear any more. Hispanics were so nice, and so they didn’t really yell at us or weren’t very rude.

In the missions, we tried to reach the goal of having conversations with 20 new people each day. That can be hard, because a lot of your day is spent teaching people that you already know, or working with members. If you could get 20 meaningful conversations that was really good but it was really hard.