Here are free resources about the California Long Beach Mission: 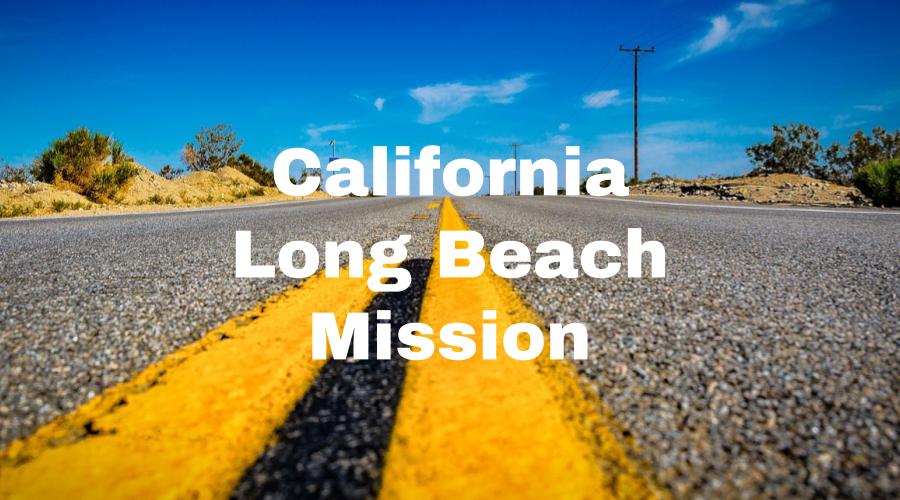 Here’s a recent address for the California Long Beach Mission. We try to keep this info up to date, but it’s a good idea to check the address with several sources, including your mission packet or the mission office.

Here’s a list of LDS missionary blogs for the California Long Beach Mission. This list includes the missionary’s name, URL and when their blog was updated.

Here are T-shirts for the California Long Beach Mission!

Shirt designs include California Long Beach Mission logo/emblem shirts and Called to Serve shirts. The shirts make great gifts for pre-missionaries, returned missionaries and missionaries currently serving. LDS Mission shirts come in all sizes: Small, Medium, Large, Extra Large, up to 4XL.  The mission designs are printed on white shirts and are shipped to you.

*Simply click on a shirt design to view the details and submit an order. The designs on mission t-shirts may also be printed on other LDS mission gifts, including: California Long Beach missionary aprons, Christmas stockings, ties, pillow cases, teddy bears and Christmas ornaments. 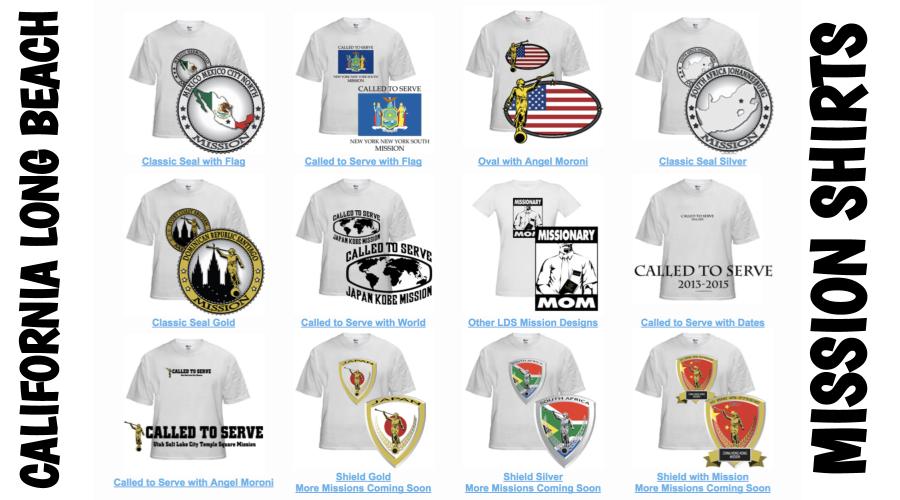 Here’s a list of current and past Mission Presidents of the Long Beach LDS Mission.

Here are survey responses from California Long Beach RMs, to give you a snapshot into what it’s like to live in the mission.

What are some interesting facts about the Long Beach Mission?

The California Long Beach Mission is one of the smallest proselyting missions in the world. You can get from one end to the other in 45 minutes or less. But there’s a lot of people in those boundaries. There’s about 8 or 9 stakes total within the long beach Mission. It’s a great area because it’s right along the coastline. The mission covers a lot of Orange county and a little bit of orange county. Huntington Beach, Catalina Island, and Compton are part of the mission. A lot of Mom’s get scared when they here that, but don’t worry! Sisters don’t serve in Compton and the Elders that do are well taken care of. We were pretty close to Disneyland as well, and sometimes at night you could hear the fireworks

Diversity in the Mission and in California

Languages spoken by missionaries include Spanish, English, and Cambodian. The missionaries had a lot of different nationalities, including some from Korea, Laos, Tonga, and Samoa. It’s amazing to see the melting pot aspect among the missionaries and among the people of California as well. I had to call the mission office for a Book of Mormon in Croatian, Farsi, Italian, Persian, and Korean. It’s pretty neat how the work moves forward with all of these different people from many different backgrounds.

Most Sisters in the mission had access to cars, but the Elders had bikes. We rarely used public transportation since most of the ward areas were pretty small. What was great about the mission being so small was that we could have a lot of encounters with the mission president, his wife, and other missionaries. I felt really unified with the rest of the mission because I got to see the missionaries I worked with on a regular basis. The California Long Beach Mission is a Preach My Gospel, White Handbook, obedient mission. We learned to study Preach my Gospel and abide by its precepts. We would also study the White Handbook every day during companionship study. We always knew what Heavenly Father expected of us. To be a California Long Beach Missionary means something, and I’m so grateful to Heavenly Father for providing me with the blessing of serving.

The Long Beach Mission is one of the smallest missions in the world; from North to South it’s about 15 minutes long. Without traffic it was about a 30 minute drive. From East to West it’s only a 20 minute drive from one side of the mission. One town, called Whittier, had a population that was about 50 % Spanish speaking. Walking down the street you would run into White people, Hispanics, Asians, etc. In Huntington Beach there was a large population of immigrants from Egypt, Jordan, and other parts of the Middle East. It was interesting to share the gospel with people from a completely different perspective.

Diversity in the Long Beach Mission

Almost a majority of our mission was Spanish Speaking, there was 60-70 Spanish speaking missionaries, six Cambodian speakers, and about 100-120 English speaking missionaries. There were 7 stakes, and each one has at least one Spanish Ward or Branch. Today there are about 5 Spanish wards, and a couple branches. Where I served in Whittier there were a lot of Phillipinos and Koreans, along with many Spanish speakers and then some English members all in one ward.

One thing I remember is how short it was to get from one place to another for transfer. Most of the time the climate was cooperative, with it being very sunny and generally in the 60’s or 70’s. Sometimes there would be a heat wave to bring it up into the 80’s or 90’s, and in winter it would sometimes get down to 45.

I most enjoyed the diversity. It was amazing to see people of all different races and backgrounds work together to build the church in their wards and stakes. California is definitely a tough area to serve in as far as getting a high number of baptisms. With all the diversity, there’s a lot of different religions. Many Spanish speakers, for example, are Catholic and are weary of the church. They are friendly and may even know some members, but they don’t want to depart from their traditions. No matter where you serve, however, it doesn’t matter how many people you baptize but how many you keep in the church.

Prepare your investigators, because there’s a lot of opposition. High school kids are faced with trials in their religion, alcohol, drugs, and gang activity. The most important thing is to be their friend, love them, and teach them the gospel. Another difficulty is the struggle of immigrant families. Some of them work 40 hours a week, with both parents in the family working as hard as they can. You just have to remember that they’re trying to get back to God too.

Love your mission. Enjoy the weather and the people and the experience as much as possible.