Here are free resources about the California Arcadia Mission: 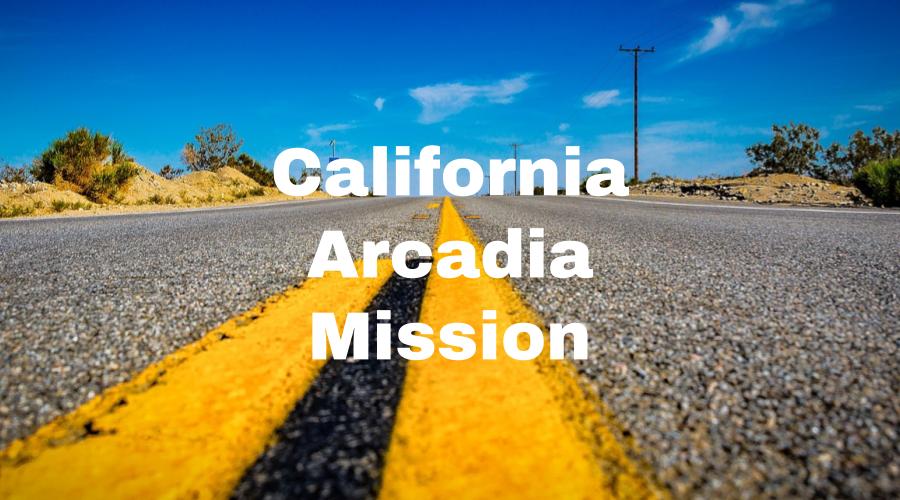 Here’s a recent address for the California Arcadia Mission. We try to keep this info up to date, but it’s a good idea to check the mission address with several sources, including your mission packet or the mission office.

Here’s a list of LDS missionary blogs for the California Arcadia Mission. This list includes the missionary’s name, URL and when their blog was updated.

Here are T-shirts for the California Arcadia Mission!

Shirt designs include California Arcadia Mission logo/emblem shirts and Called to Serve shirts. The shirts make great gifts for pre-missionaries, returned missionaries and missionaries currently serving. LDS Mission shirts come in all sizes: Small, Medium, Large, Extra Large, up to 4XL.  The mission designs are printed on white shirts and are shipped to you.

*Simply click on a shirt design to view the details and submit an order. The designs on mission t-shirts may also be printed on other LDS mission gifts, including: California Arcadia missionary aprons, Christmas stockings, ties, pillow cases, teddy bears and Christmas ornaments. 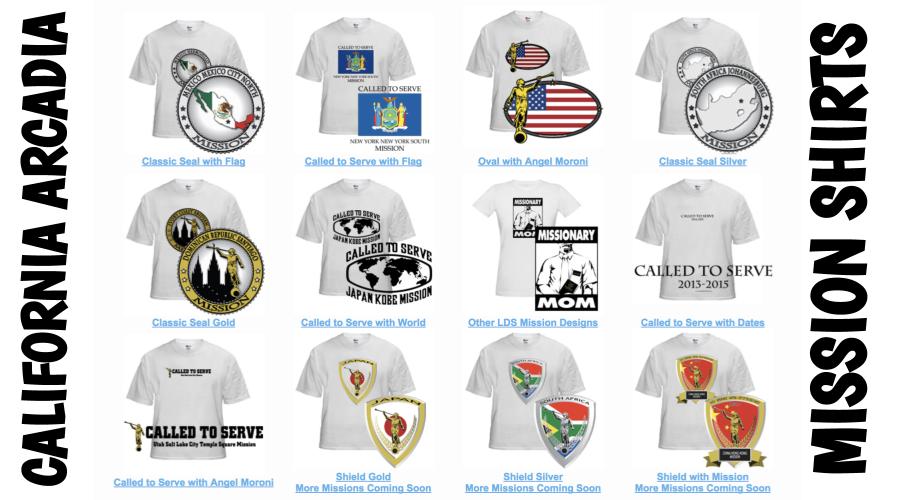 Here’s a list of current and past Mission Presidents of the Arcadia LDS Mission.

Here are survey responses from California Arcadia RMs, to give you a snapshot into what it’s like to live in the mission.

What are some interesting facts about the Arcadia Mission?

Our mission is pretty small. It covers east LA and it went far east to Chino. I don’t know the mileage, but there was Spanish, English, Armenian, and Chinese. We had completely separate zones for each language and our districts were separate. We had two Spanish stakes in our mission. We were pretty separate from English and the other languages. I had been out three transfers when we got in a huge influx of missionaries due to the age change. We got a lot of sisters especially. I had to train right after my own training. They were prepared and ready to serve. There were some areas that were definitely more white. Some were more Chinese. Some had huge populations of Chinese. East LA had a lot more Latinos. You usually got a little of everything in most areas.

The Arcadia mission is one of the smallest missions in the world, but at the same time it is one of the highest population missions. There are a lot of people there, but there are also a lot of missionaries. When I served, there were around 180 missions there. Now there are over 200. To drive from one end of the mission to another took about 45 minutes with traffic. We had parts of East L.A., Pasadena, and places like Chino. There are a lot of immigrant populations, and also a lot of ghettos.

Diversity in the Arcadia Area

Entire cities are populated by only Chinese, only El Salvadorians, and other countries. We even had some immigrants from Germany and Portugal. Another interesting thing about Arcadia is that a long time a go, they had an Aviary burn down, and a bunch of Parrots escaped. They’ve settled in the area and now there are a lot of parrots everywhere.

Because of the huge diversity there are a lot of different religious backgrounds. For example, the biggest Buddhist temple in the world outside of the Eastern Hemisphere is there. It was not uncommon to meet a Buddhist or others who didn’t have a Christian background. It was interesting to meet those kinds of people and talk to them about Christ. There were missionaries who spoke English, Spanish, Armenian, Tagalog, Tongan, Samoan (there were a few Samoan Wards), Korean, ASL, and Chinese. Our mission covered a lot of languages!