Here are free resources about the Brazil Natal Mission: 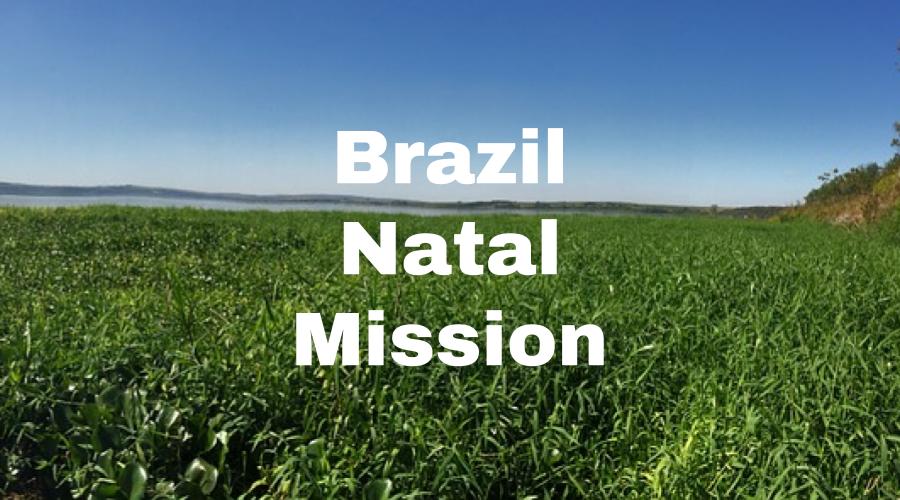 Here’s a recent address for the Brazil Natal Mission. We try our best to keep this information up to date, but it’s a good idea to double check the mission address with several sources, including your mission packet or the mission office.

Here’s a list of LDS missionary blogs for the Brazil Natal Mission. This list includes the missionary’s name, URL and when their blog was updated.

Here are T-shirts for the Brazil Natal Mission!

Shirt designs include Brazil Natal Mission logo/emblem shirts and Called to Serve shirts. The shirts make great gifts for pre-missionaries, returned missionaries and missionaries currently serving. LDS Mission shirts come in all sizes: Small, Medium, Large, Extra Large, up to 4XL.  The mission designs are printed on white shirts and are shipped to you.

*Simply click on a shirt design to view the details and submit an order. The designs on mission t-shirts may also be printed on other LDS mission gifts, including: Brazil Natal missionary aprons, Christmas stockings, ties, pillow cases, teddy bears and Christmas ornaments. 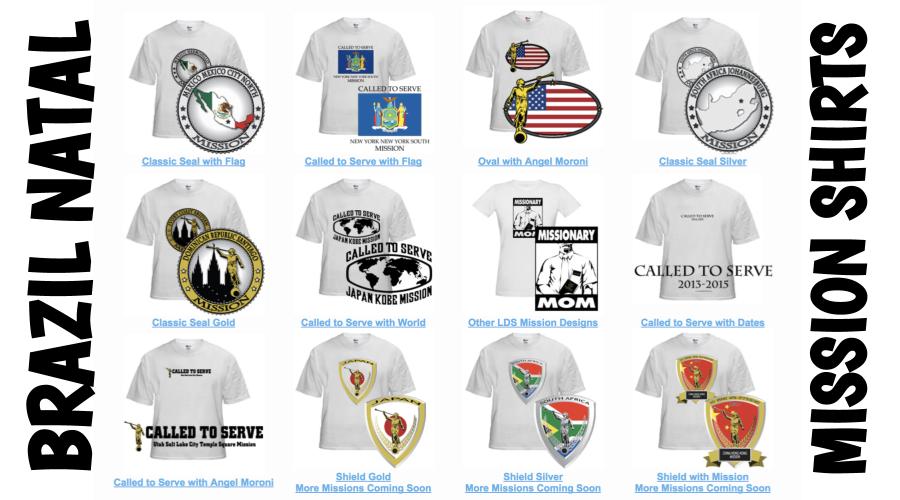 *Click here to see our new shirt design for the Brazil Natal Mission: 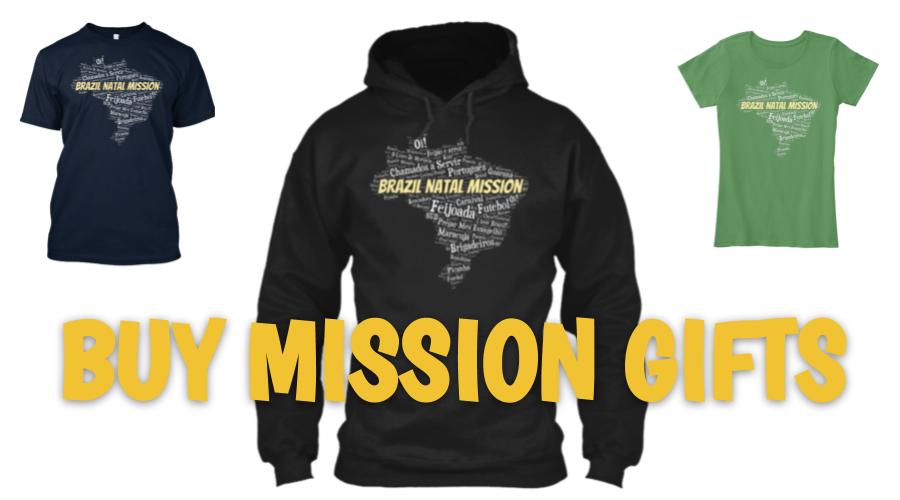 Here’s a list of current and past Mission Presidents of the Natal LDS Mission.

Here are survey responses from Brazil Natal RMs, to give you a snapshot into what it’s like to live in the mission.

What are some interesting facts about the Natal Mission?

Natal was one of the cities that hosted the 2014 World Cup. The U.S. and Ghana game was held there. It’s one of the larger cities in Brazil. It’s a very diverse city. The central part where I was is really cool. I was there when they were building the mission home before it split. There are different districts. The mission home is by the residential district. There are beautiful beaches there. They film a lot of telenovelas in the area and a lot of people go to the beaches on weekends. The shopping centers are in the city center where they have these open markets. We would go there to proselyte. Farmers will go there to sell their produce. The fruit is just amazing. There is so much variety. You have a bag of chips that would be cheap in the states that are super expensive compared to the fresh fruits. They drink fruit juices instead of soda so it’s a lot easier to eat healthy. You get a huge variety of fruits. There are a lot of people of African descent. There are some people of European descents. The service industry isn’t that developed in Natal and unemployment isn’t very high. A lot of people work in construction and that is a big part of the economy.

A lot of work was done to make the big soccer stadium for the world cup. A lot of people weren’t excited for it because they tore down two smaller soccer stadiums to make it. The people of Brazil get really excited about soccer. The mission president told us that we could watch Brazil games in the homes of the members. We would walk around during games and the streets were deserted. Everyone was busy watching the game. They would watch obscure teams I had never heard of even. Everyone plays soccer and is really good at it. I’ve talked to young men on the street that would play barefoot. It didn’t matter. As a missionary you aren’t allowed to play, because in Brazil it’s more of a contact sport. Sometimes that rule does get broken though. For young men, that’s the activity that they do. They all get together and play soccer. The churches have soccer fields instead of basketball courts.

You take a lot of buses. I used them a lot in the cities. Other than that you can pay for expensive taxis or there are other guys that drive their own cars and are a lot cheaper. We would take those to zone conferences and things.

The dutch actually came in and invaded a lot of the northeast, so there is a lot of history that goes along with that. They have a really beautiful bridge similar to the brooklyn bridge. You can’t go to the beaches, but it still makes for some really pictureesque views. There are some big sand dunes as well.

There is a lot of respect for religion, so most criminals won’t mess with you because they know you’re a missionary. There are some more crime ridden areas where sisters don’t go, but usually it isn’t much of an issue.