Here are free resources about the Brazil Manaus Mission: 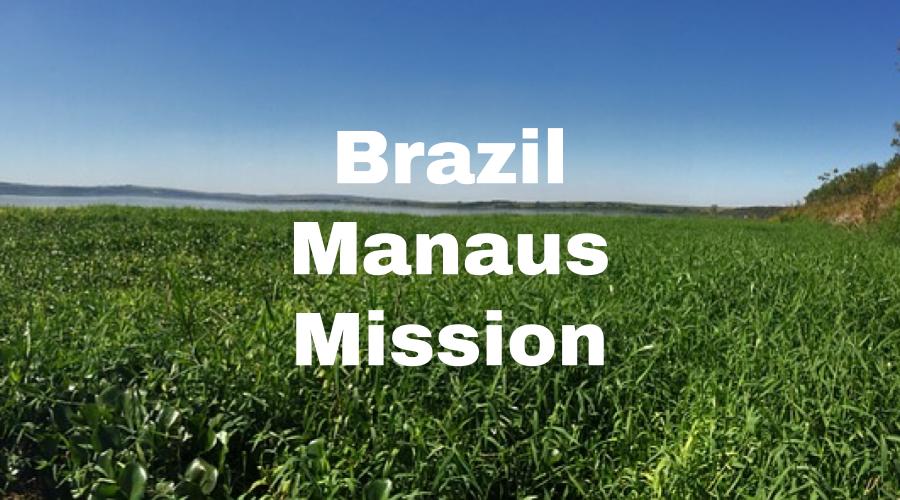 Here’s a recent address for the Manaus Mission. We try to keep this information up to date, but it’s a good idea to check the address with several sources, including your mission packet or the mission office.

Here’s a list of LDS missionary blogs for the Brazil Manaus Mission. This list includes the missionary’s name, URL and when their blog was updated.

Here are T-shirts for the Brazil Manaus Mission!

Shirt designs include Brazil Manaus Mission logo/emblem shirts and Called to Serve shirts. The shirts make great gifts for pre-missionaries, returned missionaries and missionaries currently serving. LDS Mission shirts come in all sizes: Small, Medium, Large, Extra Large, up to 4XL.  The mission designs are printed on white shirts and are shipped to you.

*Simply click on a shirt design to view the details and submit an order. The designs on mission t-shirts may also be printed on other LDS mission gifts, including: Brazil Manaus missionary aprons, Christmas stockings, ties, pillow cases, teddy bears and Christmas ornaments. 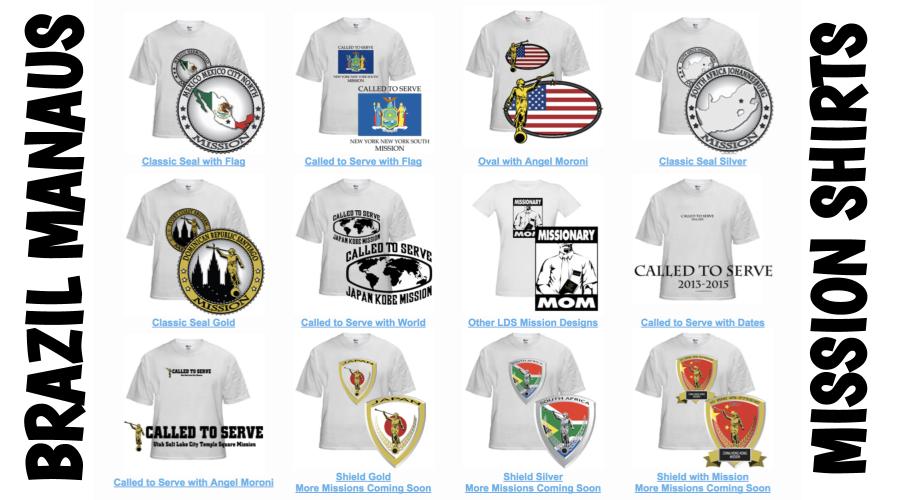 *Click here to see our new shirt design for the Brazil Manaus Mission: 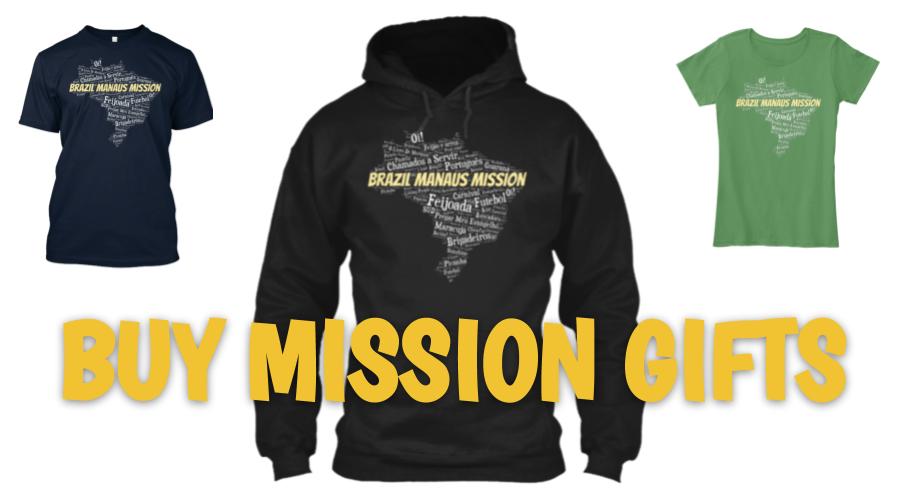 Here’s a list of current and past Mission Presidents of the Manaus LDS Mission.

Here are survey responses from Brazil Manaus RMs, to give you a snapshot into what it’s like to live in the mission.

What are some interesting facts about the Manaus Mission?

I found out that the first president of the mission was Elder Costa in 94. That year they sent the first caravan to the temple and it took them a week to get there in Sao Paolo. They had really long traveling times. I met one elder who had served under Elder Costa. He loved Manaus so much that he just came back. It’s one of the biggest missions in the world. It’s probably a fifth or a third of all of Brazil. It has all of the Amazon basin. I was kinda surprised because it’s all on foot and your areas are huge. Manaus has 11 stakes. It has had huge growth in the past years. I was in one branch with about 500 active members split across two sides of a river. In one area up north by Venezuela they had five wards and two branches in just one city.

I never went much east or west of Manaus. I served in nine or ten areas. I got transferred around a bit. I only served with one American my whole mission. I was in one area for six months. I guess they forgot about me out there in the jungle. I got on a plane for transfers to go back to Manaus and then I got on a bus for 12 hours to get to my next area. There were areas where you could climb up on a hill and literally see Peru in the distance. The areas were huge. We would walk for hours to get to people sometimes.

The people were very open. It was nice to get to know them. The first ward I served in was 20 years old, but it was 16 hours by boat to the nearest city so it was hard to get leadership out there. I watched a video of the first caravan to the temple and I saw the path that those old members made just to get to the temple. They were pioneers and I got to meet them. After that I went to this place that was the slums. It looked like Rio. I went to another area in Manaus close to the temple. Overall I kind of served everywhere in the mission. I served in nine areas.

In the areas where I served it was mostly Catholic and Assembly of God. You could have a church anywhere. We would be walking and see ten churches on the street. They’re very religious people. Sometimes they have a hard time understanding. The biggest challenges were getting people to church. They can be kind of lazy. We had to walk around and wake people up and bring them to church on Sundays. There was a lot of living together without being married. In some areas it wasn’t much of a problem, but in others it was tough. I served during the World Cup and so alcohol became a problem. When they lost to Germany 7 to 1 everyone turned their TV’s off and went out drinking.

One of the funnier rumors I heard was from a girl we ran into whose boyfriend said that he heard that our church was for gay people because they always saw two guy missionaries walking around. People would ask us these random questions like