Here are free resources about the Brazil Londrina Mission: 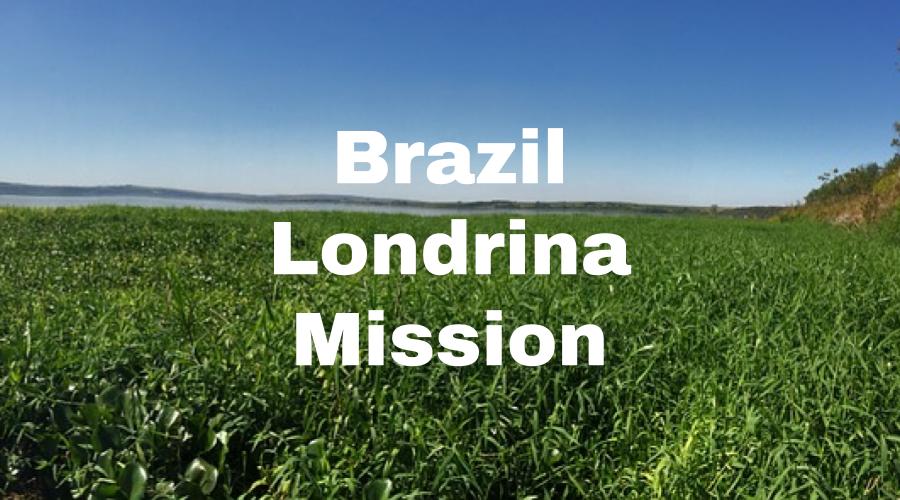 Here’s a recent address for the Londrina Mission. We try to keep this info up to date, but it’s a good idea to check the mission address with several sources, including your mission packet or the mission office.

Here’s a list of LDS missionary blogs for the Londrina Mission. This blog list includes the missionary’s name, URL and when their blog was updated.

Here are T-shirts for the Brazil Londrina Mission!

Shirt designs include Brazil Londrina Mission logo/emblem shirts and Called to Serve shirts. The shirts make great gifts for pre-missionaries, returned missionaries and missionaries currently serving. LDS Mission shirts come in all sizes: Small, Medium, Large, Extra Large, up to 4XL.  The mission designs are printed on white shirts and are shipped to you.

*Simply click on a shirt design to view the details and submit an order. The designs on mission t-shirts may also be printed on other LDS mission gifts, including: Brazil Londrina missionary aprons, Christmas stockings, ties, pillow cases, teddy bears and Christmas ornaments. 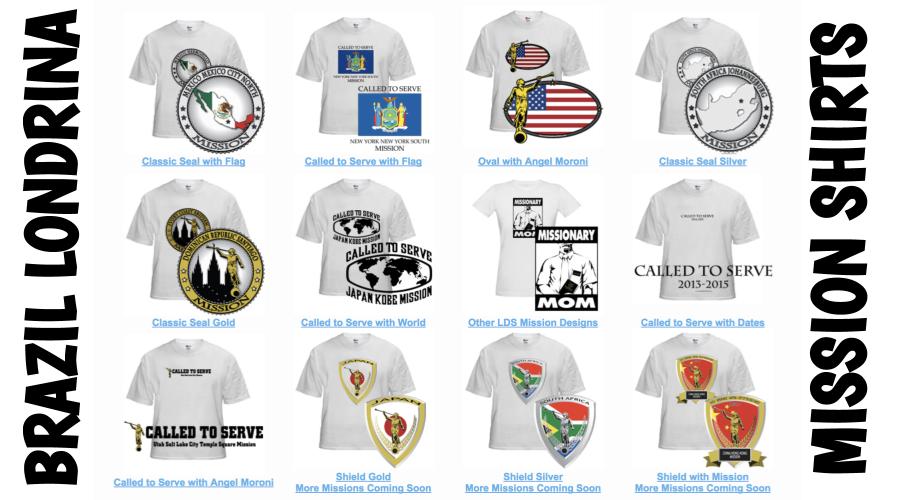 *Click here to see our new shirt design for the Brazil Londrina Mission: 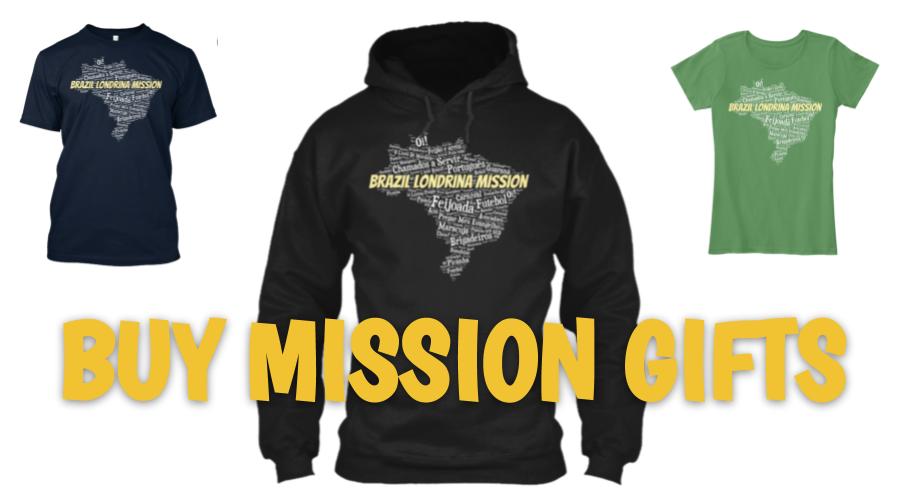 Here’s a list of current and past Mission Presidents of the Londrina LDS Mission.

Here are survey responses from Brazil Londrina RMs, to give you a snapshot into what it’s like to live in the mission.

What are some interesting facts about the Londrina Mission?

The Londrina mission is west of Sao Paolo. It stems out from the border of Argentina and Paraguay. The first member was a German couple that found each other and went years and years before the church got there. I think the first church was actually in German there. It soared when it finally picked up. I served in two wards and two branches and that is pretty normal. We had 190 missionaries if I remember correctly. For part of my mission I was in the south and then I moved north.

The mission covers two states in Brazil. I never served in the Sao Paolo part. Most of the time when you think of Brazil you think of really really poor people. It isn’t as bad in this area as you would imagine. The mission is known to be one of the wealthier areas in South America. Most people have one or two small cars and one or two televisions.

Londrina has had members for a long time. The actual city has 2 stakes. In the mission there are two more stakes and they are looking into dividing into four. There is also a district looking to become a stake. In Sao Paolo they have two districts and two stakes. One of those stakes is doing extremely well baptizing and retaining. Londrina is leading Brazil in terms of family history work. They index more than any mission in Brazil. They have had a lot of general authorities in the past. When you get to talk to older members, they will tell you about getting to meet prophets and apostles. Branch attendance and ward attendance is different than here in the states.  It depends on the branch and what part of the year it is. Wards will have 80 to 200 people. I was in one area where the attendance was 75 and because of baptisms and new members and reactivations, it was about 120 when I left there. It was cool. The next one I went to started at 150. It just depends from ward to ward. It’s very rare to see more than 180 in a ward because they split it when it reaches 200.

Brazil used to be a Portuguese colony and so most of the people are still Roman Catholic. You don’t see it as much in the states, but in Brazil they say they are Catholic even if they haven’t been to church in 40 years. It’s a huge tradition for the people there. There is a strong Evangelical presence as well. You see a lot of Catholics leaving the church and becoming Evangelical. There are Pentecostal churches that believe in the gift of tongues and that miracles happen today. The pastors tend to do that for show to get people to join. There is the Assembly of God church that has a lot of literature against our church. Don’t bible bash because the Spirit won’t be with you. There is another church that was founded by Americans in Brazil. If you get someone to be baptized from that church they will be an awesome member. The problem is trying to get them to understand the doctrine completely. It’s another church with a lot of tradition, but they give their youth a lot of activities to stay involved. I did the baptismal interviews for a family and then got to teach them where after they were baptized they received a lot of aggression from the church they belonged to previously. The Jehovah’s Witnesses are very active in Brazil. You’ll see them go door to door talking to everyone that you want to talk to. It’s kind of awkward running into them. Some of them are nice, but some are mean, so be careful. One time we got invited into a house and they were just trying to destroy our faith so we left.

Misconceptions of the Church

I hope you get to be a companion with a Brazilian that is a convert, because you get to hear a lot of misconceptions. I’ve heard that we sacrifice babies, that we’re only a church for rich people, that it’s only for men, some people confuse us with other religions, and other things. A lot of other churches have many activities throughout the week more often than we do, so some people see our church as closed off. Even in the United States people may think that so you just have to explain to them when the activities are so they can come.

Some people have issues with coffee and that is a big problem you will run into. With people inside the Catholic church you see a lot of people that aren’t legally married because they don’t have the money to do that. Sometimes members will offer to pay, but they’ve lived together for 20 years and it is hard for them to grasp why. Smoking is a big issue. There are a lot of people that smoke there and they start young and aren’t able to kick the habit. Londrina is one of the largest producers of coffee in the world, so it’s really cheap and it’s a lot stronger than it usually is in the U.S. They also have barley that they mash up and fry that they can use as a coffee substitute that helps people to overcome their coffee addictions. In Brazil they have more herbal tea, so that isn’t much of a problem. Some people have issues with alcohol. Part of their culture is that breaking the law of chastity isn’t that bad, so that can be a big problem.