Here are free resources about the Brazil Joao Pessoa Mission: 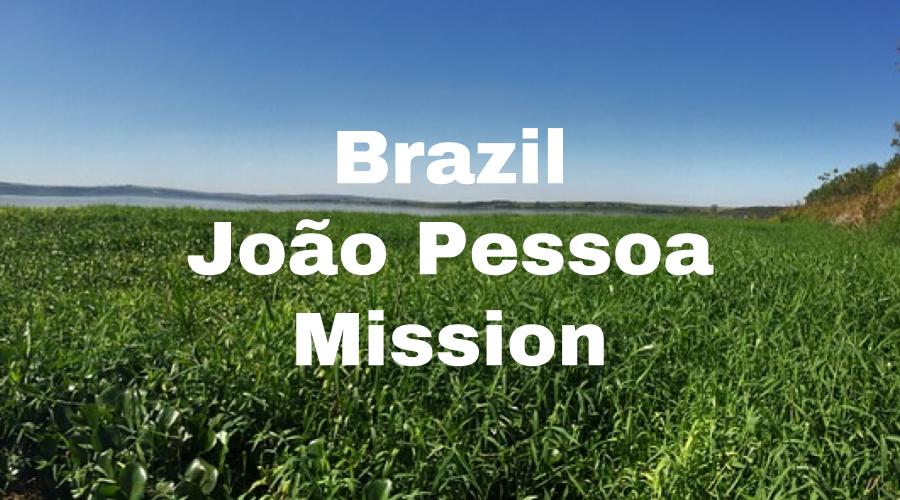 Here’s a recent address for the Brazil Joao Pessoa Mission. We try to keep this info up to date, but it’s a good idea to check the address with several sources, including your mission packet or the mission office.

Here’s a list of LDS missionary blogs for the Joao Pessoa Mission. This list includes the missionary’s name, URL and when their blog was updated.

Here are T-shirts for the Brazil Joao Pessoa Mission!

Shirt designs include Brazil Joao Pessoa Mission logo/emblem shirts and Called to Serve shirts. The shirts make great gifts for pre-missionaries, returned missionaries and missionaries currently serving. LDS Mission shirts come in all sizes: Small, Medium, Large, Extra Large, up to 4XL.  The mission designs are printed on white shirts and are shipped to you.

*Simply click on a shirt design to view the details and submit an order. The designs on mission t-shirts may also be printed on other LDS mission gifts, including: Brazil Joao Pessoa missionary aprons, Christmas stockings, ties, pillow cases, teddy bears and Christmas ornaments. 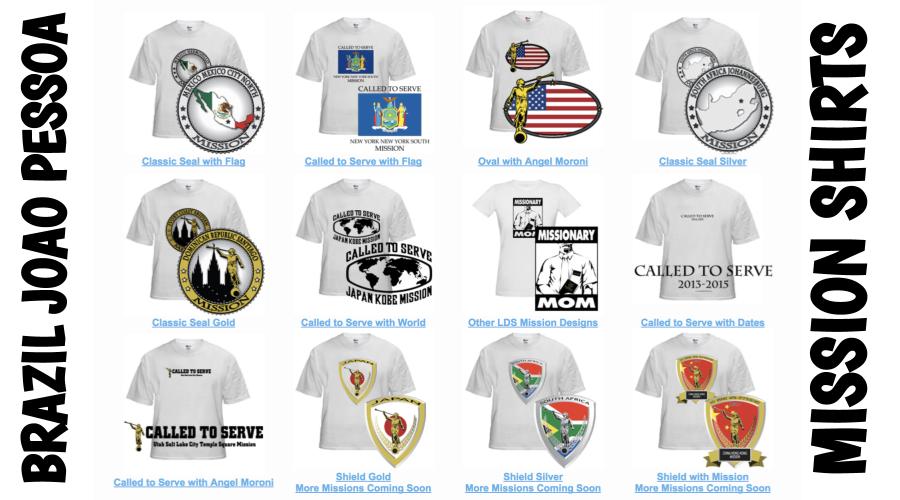 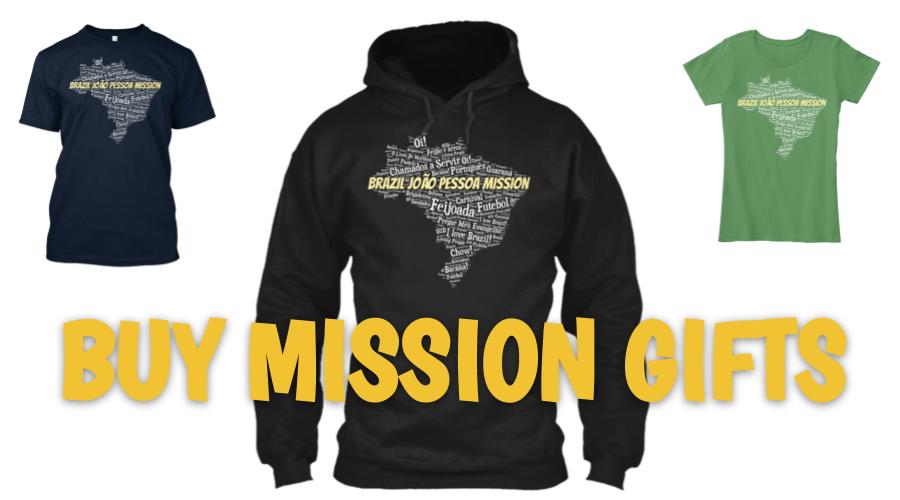 Here’s a list of current and past Mission Presidents of the Joao Pessoa LDS Mission.

Here are survey responses from Brazil Joao Pessoa RMs, to give you a snapshot into what it’s like to live in the mission.

What are some interesting facts about the Joao Pessoa Mission?

I served there from 2008 to 2010. They split the mission in half since then. Our mission was the most east point on the American continent. I’m not sure how many stakes there were, but there were some strong cities. I served half my mission on the coast and half in the desert. There is a lot of desert. You wouldn’t think so but there is.

The religious culture there is very Catholic. Many of them say they were born Catholic and they will die Catholic. Everyone is Christian. If they aren’t Catholic, they’re Evangelicals. They all respect Christ and they respect that you are preaching it. It’s very nice and it’s a very warm culture to be in.

A lot of people see Sunday as the day of rest, but not for missionaries. A lot of people there will wait for you to pick them up. When you have 20 people waiting for you we would split with members and go around to pick up all of these people. 90% of them wouldn’t end up coming, but people would come. You still had to go to all of those homes. When it really comes down to it, it’s human nature to be lazy.

We didn’t have a temple in the area. There was one a few hours south in a different mission. There is another to the north in a different mission. Church attendance was pretty standard. We would probably have a good 150 to 200 if it was a really established ward. In one new area we met at a schoolhouse in a little pavilion. Some days 5 people would show up and some days 80 people would come. You never knew. It was really interesting. You have the whole variety down there.

When I was set apart I was told to not come home with any regrets. That means every single day I had to be on my toes working hard. No one is going to be perfect, but I always had that at the back of my mind. There are still books full of things I could have done better.

The church started in Sao Paolo and then it moved north. My mission was in the northern corner. It’s on the coast and is pretty tropical and hot. There is lots of diversity there. The slave trade brought in a lot of Africans to the area. There are lots of Japanese as well. I remember thinking that there wouldn’t be any white people but there were.

They had 4 stakes in Joao Pessoa. The mission used to be just two stakes, but the mission split. It was a pretty big mission. It took eight or nine hours on a bus to the furthest area. In the city you taught more wealthy people, but right out of the big cities it gets pretty poor. Those people are probably the poorest in the whole country. It still isn’t very developed.

I served in a couple different kinds of wards. I served in one where the church was pretty big compared to the rest of the mission. Usually we filled the whole chapel. I was in the office for 8 and a half months and that was in the richest area of the mission. The ward was very strong. They had cars so they could drive us around or help pick up investigators. I also served in a very small little town where there were maybe 20 members and the only priesthood holders were the bishopric. The people were a lot more humble and likely to let you in to talk to them and we had lots of miracles.

In the office, I worked a lot with the missionaries making sure that they had what they needed to do the work. In the office we had to work a lot. It was a 24 hour job responding to emails and phone calls. We made sure we were ordering the right materials and submitting baptismal records. I was excited to get out so I didn’t have to worry about that. I could focus. I was sent to that little town and I was so excited to get out. I was training an elder and I love training. We looked through this list of at least 100 names of people that we had in our area book and we talked about each of the people and we grouped them into areas so we could see each of them. We brought a lot of people from that group into church and they started progressing.