Here are free resources about the Brazil Florianopolis Mission: 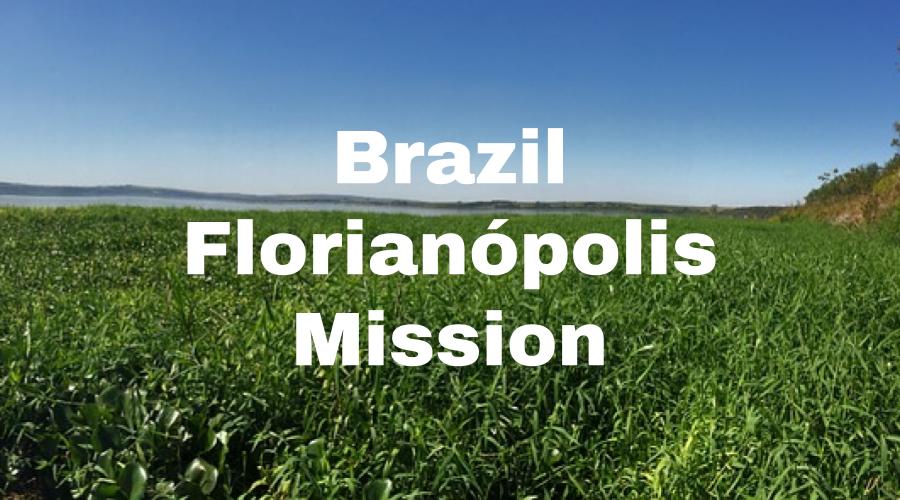 Here’s a recent address for the Florianopolis Mission. We try our best to keep this information up to date, but it’s a good idea to check the mission address with several sources, including your mission packet or the mission office.

Here’s a list of LDS missionary blogs for the Brazil Florianopolis Mission. This list includes the missionary’s name, URL and when their blog was updated.

Here are T-shirts for the Brazil Florianopolis Mission!

Shirt designs include Brazil Florianopolis Mission logo/emblem shirts and Called to Serve shirts. The shirts make great gifts for pre-missionaries, returned missionaries and missionaries currently serving. LDS Mission shirts come in all sizes: Small, Medium, Large, Extra Large, up to 4XL.  The mission designs are printed on white shirts and are shipped to you.

*Simply click on a shirt design to view the details and submit an order. The designs on mission t-shirts may also be printed on other LDS mission gifts, including: Brazil Florianopolis missionary aprons, Christmas stockings, ties, pillow cases, teddy bears and Christmas ornaments. 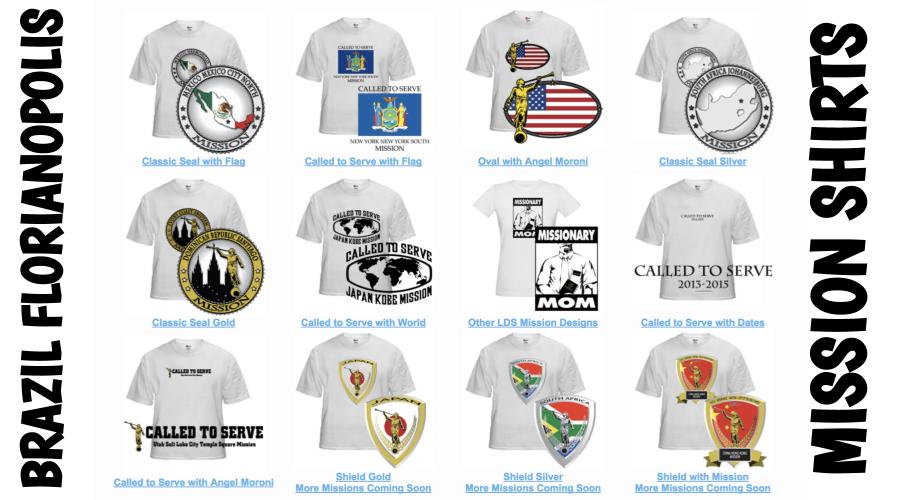 *Click here to see our new shirt design for the Brazil Florianopolis Mission: 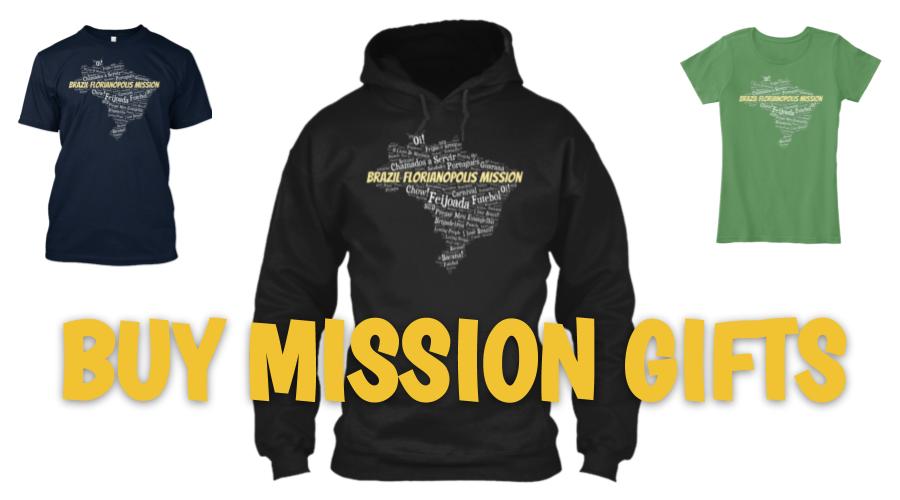 Here’s a list of current and past Mission Presidents of the Florianopolis LDS Mission.

Here are survey responses from Brazil Florianopolis RMs, to give you a snapshot into what it’s like to live in the mission.

What are some interesting facts about the Florianopolis Mission?

Florianopolis is an island just off the coast of Santa Catarina, which is a state in the South of Brazil. It’s known for some of the most remarkable beaches in the world. People from all over the globe will come there. The Florianopolis mission covers the whole state of Santa Catarina, and a few cities in Rio Grande do Sul and Parana. Most of the mission is rural, with a lot of farms.

Santa Catarina is actually the banana capital of the world. The biggest Oktoberfest outside of Germany takes place there every year.

Santa Catarina was one of the places where the church started in Brazil. The first branch of the state was in thecenter of the state, with the first baptism taking place in Joinville. There are some very intersecting consequences as a result of that. The church is very old there, but it is also very hard for missionaries barbecue there is a lot of German influence, particularly a lot of Lutherans and Catholics. There is a lot of Italian influence in the Western portion of the state as well. In different places in the state there are a lot of varying culture. You can have a lot of completely different experiences in the same mission. In yet another part of the state, you can find African influences. I enjoyed seeing so much to learn and so much rich culture all in one place.

Something else interesting is the climate, which is also quite diverse. There are some areas that exceed 100 degrees in the summer. It’s very dense, and very rich with wildlife and plant life. Other parts of the state however, are quite different. The highest point in Brazil was within the mission. Santa Catarina one of the few places in Brazil where it actually snows. People took such pride in it, and there would mention it often. The state can get very cold, but you can also find paradise at the beach in scorching weather. International surf competitions happen there.

It was interesting to see lots of different cultures, with are based monthly in African American, Italian,etc.

There are churches everywhere in each town. You can walk a mile and pass 5 or 6 churches in Brazil. Even though most of those are different sects, many Brazilians see no difference between the many different religions. It is important to know what makes the Church of Jesus Christ of Latter-Day Saints difference and have a testimony of the restoration. People in Brazil in general feel that religion is essential to return to heaven and they have a certain respect for all religions.

Family is very important in Brazil. They are very respectful to God and they believe that he is overall. Very seldom would you meet someone who didn’t believe in God. Learn to respect the people and their culture before you go there, and you will be ready to befriend them.

Education and the Economy in Southern Brazil

School in Southern Brazil is some of the best in the whole country. Paraná has the highest standard of living in all of Brazil, and Santa Catarina has the second highest. Most people are very well off. Nevertheless, you will still encounter a lot of people who are less fortunate. In the center of big cities, you will find richer people, while on the outskirts you had poorer areas.

People are a lot more likely to go to school in Southern Brazil because of this economic well-being. Not only do people go to their normal schooling, but many in the South learn English outside of school. As Americans, some other missionaries and I would offer English tutoring. Lots of people would want to get to know us to get to know more about the U.S. too.