Here are free resources about the Brazil Campinas Mission: 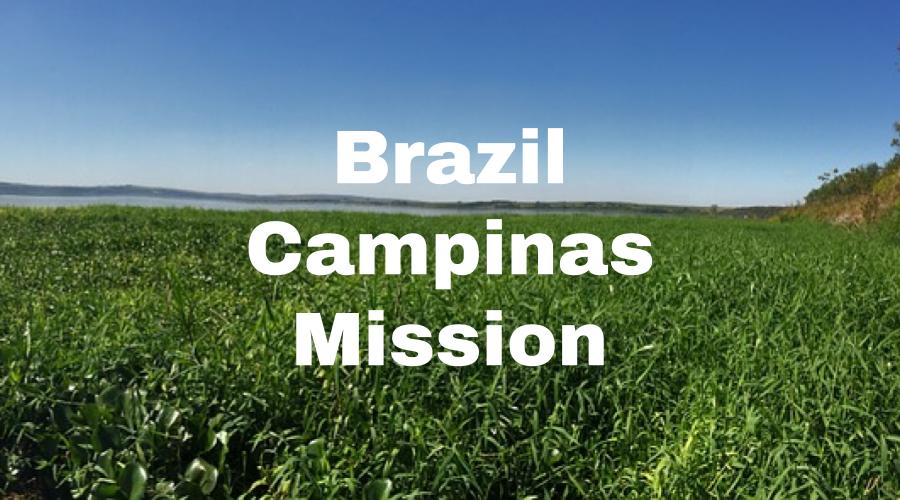 Here’s a recent address for the Campinas Mission. We try our best to keep this information up to date, but it’s a good idea to check the mission address with several sources, including your mission packet or the mission office.

Here’s a list of LDS missionary blogs for the Campinas Mission. This blog list includes the missionary’s name, URL and when their blog was updated.

Here are T-shirts for the Brazil Campinas Mission!

Shirt designs include Brazil Campinas Mission logo/emblem shirts and Called to Serve shirts. The shirts make great gifts for pre-missionaries, returned missionaries and missionaries currently serving. LDS Mission shirts come in all sizes: Small, Medium, Large, Extra Large, up to 4XL.  The mission designs are printed on white shirts and are shipped to you.

*Simply click on a shirt design to view the details and submit an order. The designs on mission t-shirts may also be printed on other LDS mission gifts, including: Brazil Campinas missionary aprons, Christmas stockings, ties, pillow cases, teddy bears and Christmas ornaments. 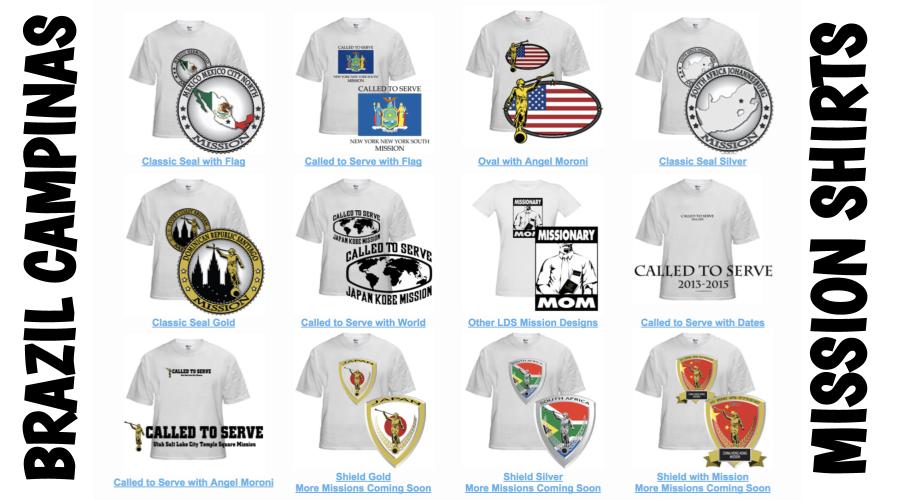 *Click here to see our new shirt design for the Brazil Campinas Mission: 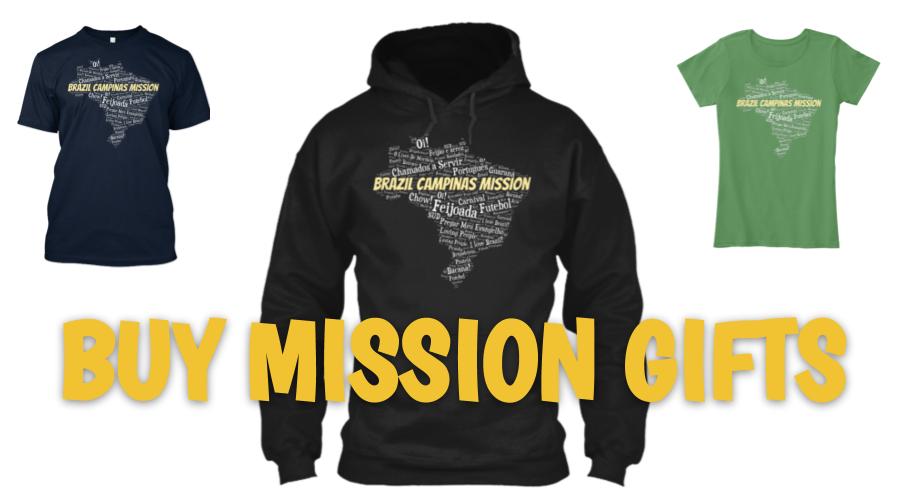 Here’s a list of current and past Mission Presidents of the Campinas LDS Mission.

Here are survey responses from Brazil Campinas RMs, to give you a snapshot into what it’s like to live in the mission.

What are some interesting facts about the Campinas Mission?

The Brazil Campinas mission is mostly in Sao Paulo, and part of the state of Minas Gerais. Right before I got there, part of the mission had split into the Piracicaba mission. Campinas is beautiful and is a very beautiful city. It’s very busy, but there are not many tourist attractions. But, the second temple that was built in Brazil was built in Campinas, only two hours from the Sao Paulo temple.

My little brother went to his mission in Brazil as well, and since most of the missionaries in the MTC came to the Campinas temple, he did and he even took a picture in front

When I arrived on my mission, there were one hundred missionaries, but by the time I left their were two hundred. A couple times on my mission we would come home at night and find another set of bunk beds. In one area, I lived for 9 months with 6 missionaries and only one bathroom.

Most of the people in Brazil are very receptive. They know the missionaries and what their purpose is, and most of them are willing to talk to us. Of course, there were always a few people who didn’t want to talk to us though.

Brazilians are very friendly, they love people and making new friends. They love giving you food, whether you are hungry or not. Most people would let us in the door and talk to us, but few were willing to welcome us a second time or making changes. Sometimes it was hard to walk away from those people, but our purpose as missionaries was to help people come unto Christ and make covenants. But, that’s ok. Some individuals just aren’t ready yet.

Our mission hymn says “We are missionaries of the Brazil Campinas mission, we are the Lord’s army, we work for his glory, we share his love for others. Together, all together, we’re going to build his kingdom here on the earth. Nothing is going to hold us back. Pressing forward, all together without fear or doubt. In the mission, in Brazil, BRAZIL CAMPINAS we give everything to the Lord.” I would sing it a lot as I walked around every day. It has been the mission hymn for at least 20 years.

I had a couple experiences that were kind of frightening, especially when we were out around 8 or 9 at night. I know heavenly father protects his missionaries. Just make sure you don’t do anything stupid and lose his protection. Obviously there’s some situations you can’t avoid, and just be sure to be careful in those moments. Nothing bad ever happened to me while I was there, and a Brazilian never said anything unkind or threatening to me. I know that if I went back to Brazil as a non-missionary, I would probably be a lot more careful because people had a special respect for people with Christ nametags on.

One thing I wished I had known at the beginning of my mission was to be patient with others. I would get so frustrated when I saw other missionaries being disobedient, but I know now that I can’t judge them. Being obedient is essential, but many people are still learning the gospel and many are even new to the Church. Everyone is on the same path, just on different points along that path. I know Christ would be loving and patient with these people. He would definitely correct behaviors if it was necessary, but He would not do so in a way that made a person feel terrible.

Know that you were called to your specific mission for a reason. There will be someone there who needs to meet you and hear your testimony. Trust in your mission president too. That’s often easier said than done, but he knows what is best and is inspired by the Lord to take care of you.

For breakfast Brazilians would normally have oatmeal or Cuz Cuz. Lunch would always include rice and beans, either black or brown, served with some kind of meat. Dessert was served everyday, and one of my favorites was passion fruit mousse. You can’t forget Brazilian salad, which was normally just lettuce and tomato with salt and olive oil. Salads like this were so simple but so delicious. Soda was common with most meals, and natural homemade fruit juices were as well. One kind of Brazilian soda is called Guaraná, which is amazing. They have barbecue carts and restaurants where they served Churrasco, which is Brazilian barbecue meat. My last week in Brazil I got barbecued chicken hearts, and they were absolutely delicious.