Here are free resources about the Brazil Belem Mission: 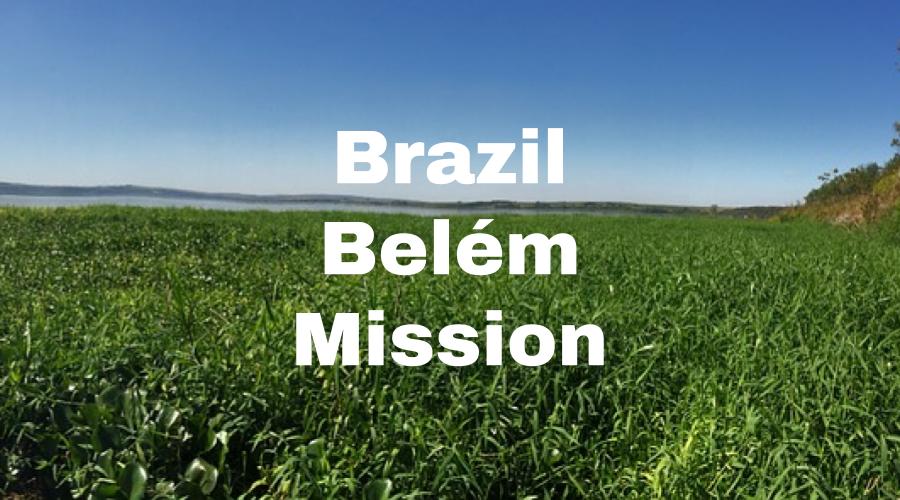 Here’s a recent address for the Belem Mission. We try our best to keep this information up to date, but it’s a good idea to check the mission address with several sources, including your mission packet or the mission office.

Here’s a link to the mission map for the Belem Mission (LDS). Coming soon..

Here’s a list of LDS missionary blogs for the Belem Mission. This blog list includes the missionary’s name, URL and when their mission blog was updated.

Here are T-shirts for the Brazil Belem Mission!

Shirt designs include Brazil Belem Mission logo/emblem shirts and Called to Serve shirts. The shirts make great gifts for pre-missionaries, returned missionaries and missionaries currently serving. LDS Mission shirts come in all sizes: Small, Medium, Large, Extra Large, up to 4XL.  The mission designs are printed on white shirts and are shipped to you.

*Simply click on a shirt design to view the details and submit an order. The designs on mission t-shirts may also be printed on other LDS mission gifts, including: Brazil Belem missionary aprons, Christmas stockings, ties, pillow cases, teddy bears and Christmas ornaments. 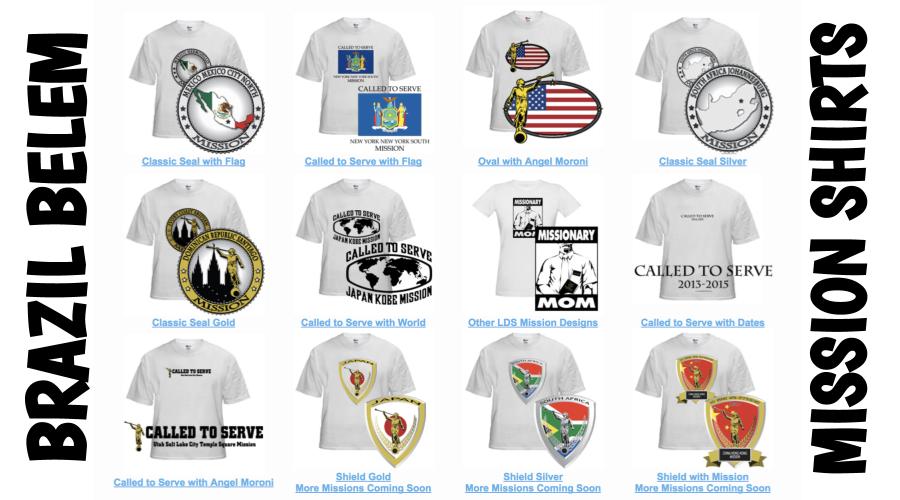 Here’s a list of current and past Mission Presidents of the Belem LDS Mission.

Here are survey responses from Belem RMs, to give you a snapshot into what it’s like to live in the mission.

What are some interesting facts about the Belem Mission?

The Amazon forest actually makes up a large part of the state. Belem actually sits right on top of the mouth of the Amazon river and close to the coast. It’s an amazing place, and it doesn’t stop there. Off the coast of Belem there are dozens of Islands, including Marajo, which is one of the biggest Islands in the world. Apparently there are Buffalo there!

The Church in the Belem Mission

One of the cool things about the church in Belem is that now there are about 9 stakes and one district, and the Church is growing like crazy. New areas are being opened up all over the state. About 6 stakes are just in the capital, while the other stakes are in cities very far away. One of them is in Santarem… you have to take a 2 hour ride by plane to get there! Another is Maraba, which is still an hour and a half plane ride. Finally, there was in the state of Amapa, and the stake of Macapa. It was interesting to spend time in those distant zones, far away from your mission president. You had to be trusted a lot, and I enjoyed my time there.

Now, the church is trying to grow in between the bigger cities, so there are a lot of new areas being opened up in the rural parts of the mission. Fun and spiritual adventures were easy to find in these areas.

Belem is a very large cities, with some millions of people. It’s very spread out into a big urban sprawl, and there are a lot of skyscrapers. I flew through Sao Paulo on the way there, and I thought that Belem wouldn’t have as many skyscrapers. When I got to Belem, I realized that it was also a very big city. The city is divided into burroughs, the richest of which is called Nazare, and my first area was Canaa. There’s a lot of biblical names; Nazare means Nazareth, Belem means Bethlehem, and Canaa means Canan.

Brazil’s culture revolves around religion quite a bit. Some churches that were very big were the Assembleia de Deus (Assembly of God), the Igreja Quadrangular, the Jehovah’s Witnesses, and Catholics. Really, Christian religion in general is huge. People make God a huge part of their life, and even go down the street talking about Him and the Bible. For example, a common phrase in Brazil is “Gracas a Deus,” which means “thanks to God.” People will say it at the end of almost every sentence.

Traffic in Belem was insane… people would drive around recklessly all the time. Strangely enough, I never saw very many accidents, at least not any serious ones. Because of the bustle, a lot of people took the bus, and due to that the buses would be absolutely packed. One time I even saw a guy riding hanging onto the side of a bus because there was no room inside.

There are a lot of mistakes that are easy to make with Portuguese. One mistake I made while still in the Missionary Training Center (so it wasn’t to bad) was to confuse the word for “I can” with “I fart.” My MTC teacher thought it was absolutely hilarious. In Portuguese, there are a lot of diminutive or augmentative phrases you can use to change words. However, if you do so, sometimes the diminutive forms of a word can actually be a swear or a slang. Be careful to ask some local Brazilians what the slang terms are.