Here are free resources about the Bolivia Santa Cruz Mission: 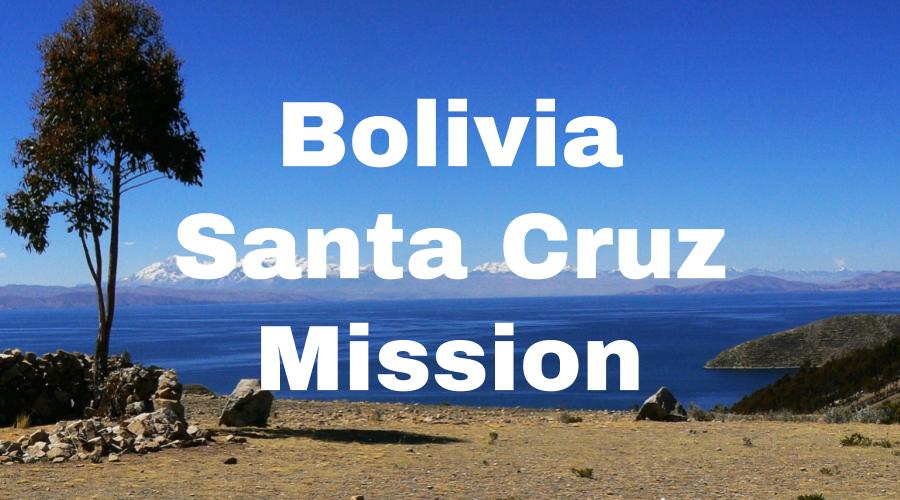 Here’s a recent address for the Santa Cruz Mission. We try our best to keep this info up to date, but it’s a good idea to check the mission address with several sources, including your mission packet or the mission office.

Here’s a list of LDS missionary blogs for the Santa Cruz Mission. This list includes the missionary’s name, URL and when their blog was updated.

Here are T-shirts for the Bolivia Santa Cruz Mission!

Shirt designs include Bolivia Santa Cruz Mission logo/emblem shirts and Called to Serve shirts. The shirts make great gifts for pre-missionaries, returned missionaries and missionaries currently serving.LDS Mission shirts come in all sizes: Small, Medium, Large, Extra Large, up to 4XL.  The mission designs are printed on white shirts and are shipped to you.

*Simply click on a shirt design to view the details and submit an order. The designs on mission t-shirts may also be printed on other LDS mission gifts, including: Bolivia Santa Cruz missionary aprons, Christmas stockings, ties, pillow cases, teddy bears and Christmas ornaments. 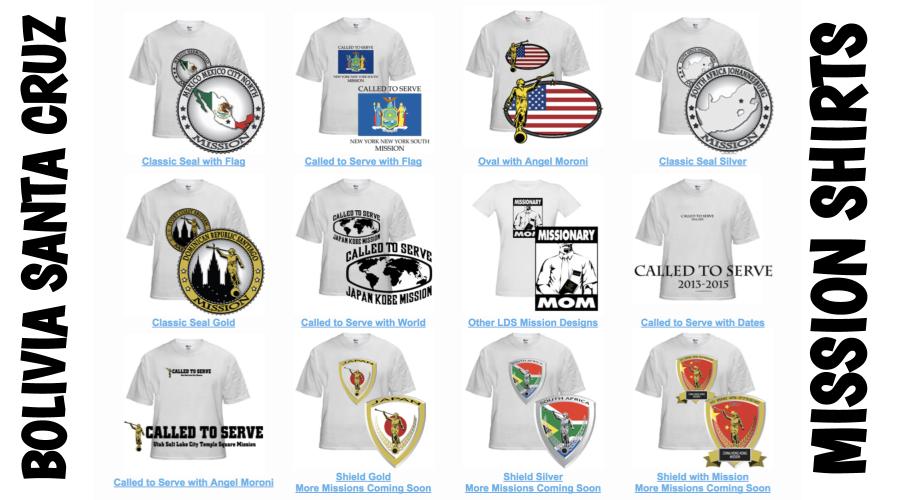 Here’s a list of current and past Mission Presidents of the Santa Cruz LDS Mission.

Here are survey responses from Bolivia Santa Cruz RMs, to give you a snapshot into what it’s like to live in the mission.

What are some interesting facts about the Santa Cruz Mission?

Santa Cruz is a really interesting city. It’s really hot and always sunny. The weirdest thing is that it is so sandy. It makes no sense because it’s really humid and a big chunk of the mission is in the Amazon Rain Forest, but Santa Cruz is really sandy. It’s like covered in beach sand. At first you hate it, but you come to love having sand just everywhere. Only Santa Cruz is like that.

Up north is all rainforest and it’s hot and humid. Down south it’s drier and even hotter. Santa Cruz is totally flat. It’s the biggest city in the mission, the rest is just smaller towns. A lot of them are very poor and the cities are all very spread out. You have to fly, take a bus for hours, or take a train. I always flew. Depending on the town you go to you could be flying for an hour or up to four hours. You start to feel pretty isolated.

Santa Cruz is now divided into 2 missions, but when I was there it was just the one. Some missionaries would just stay in Santa Cruz, while others spent most of their mission in the provinces. There was one area called Jaquiba that I think shared land with Argentina. We also shared land with Brazil. Any missionaries who went to the farthest provinces served in those countries

We only had 8 stakes in Santa Cruz, which was a pretty big city. Each set of missionaries was assigned to one ward, which was very helpful in the work. The church isn’t very established yet. Although the chapels are gorgeous, the members are still learning how the flow of the organization should be. The Church is still new, but it’s growing and the members are as well. I never saw the church building be so used: there was a soccer field out back, and members would often go to the field or simply in the building to hang out. It was inspiring to see them use the Church as a safe haven.

Staying Strong in the Gospel

The closest temple is in Cochabamba, so I never got to go. For the members, it was a big deal to plan a trip there. They had to have strength, time, and courage to save up and to travel to the temple. Going inactive was so easy there, so retention was a very big focus in Bolivia. New members see the church, they feel the spirit, and they experience the gospel. They feel the change in their hearts, are baptized, and they know it’s true. But, because the Church is so new, it’s so easy for the members to just get lost. Home teaching and other programs to help are still developing, and it can be very hard for members new and old to hold on. Despite everything, the members who are hanging on are hanging on strong for sure