Here are free resources about the Bolivia Cochabamba Mission: 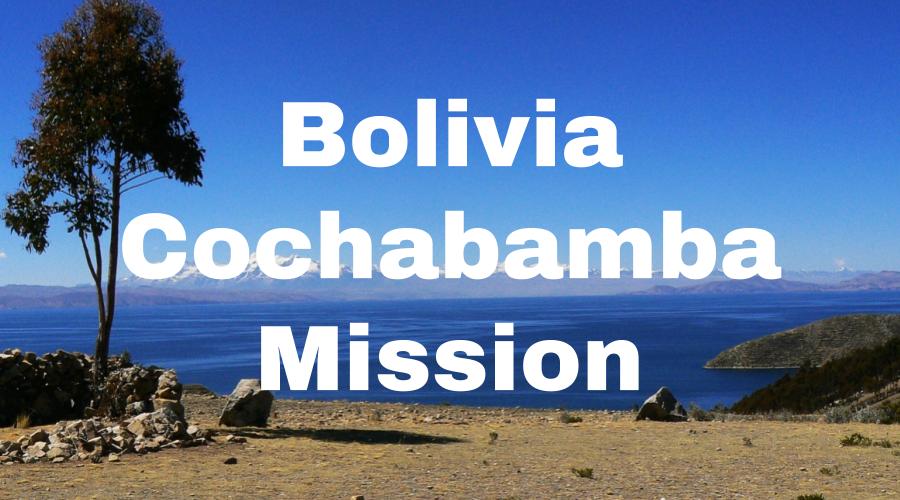 Here’s a recent address for the Cochabamba Mission. We try to keep this information up to date, but it’s a good idea to check the mission address with several sources, including your mission packet or the mission office.

Here’s a list of LDS missionary blogs for the Bolivia Cochabamba Mission. This blog list includes the missionary’s name, blog URL and when their blog updated.

Here are Cochabamba Mission Groups- for LDS missionary moms, returned missionaries, mission presidents and other alumni of the Bolivia Mission.

Here are T-shirts for the Bolivia Cochabamba Mission!

Shirt designs include Bolivia Cochabamba Mission logo/emblem shirts and Called to Serve shirts. The shirts make great gifts for pre-missionaries, returned missionaries and missionaries currently serving. LDS Mission shirts come in all sizes: Small, Medium, Large, Extra Large, up to 4XL.  The mission designs are printed on white shirts and are shipped to you.

*Simply click on a shirt design to view the details and submit an order. The designs on mission t-shirts may also be printed on other LDS mission gifts, including: Bolivia Cochabamba missionary aprons, Christmas stockings, ties, pillow cases, teddy bears and Christmas ornaments. 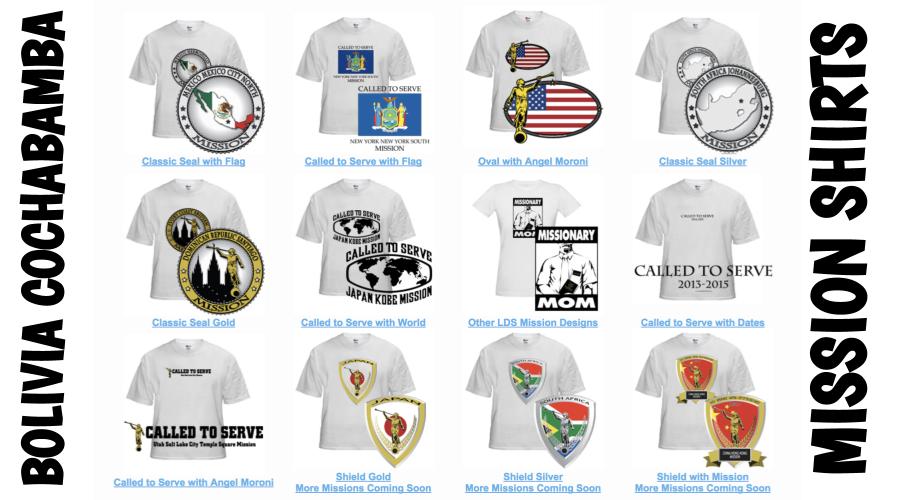 Here’s a list of current and past Mission Presidents of the Cochabamba Mission.

Here are survey responses from Cochabamba RMs, to give you a snapshot into what it’s like to live in the mission.

What are some interesting facts about the Cochabamba Mission?

Language and environment in Bolivia

They do speak different dialects in Bolivia: Aimara and Kichwa. I learned a little bit of Kichwa, but only enough to say Hi, how are you. Not many people speak it outside of Bolivia and Peru. There’s also a part of the mission that’s about 14,000 feet above sea level. It was fun to experience that different environment, I felt like i was on top of the world.

History of the LDS Church in Bolivia

For church growth in Bolivia, the country actually just celebrated 50 years of the church being there. The very first chapel ever built there was in my mission. The Church is still growing very much. In Cochabamba there’s 5 stakes, and they’re hoping to open up the sixth. there’s 2 other stakes in the country, and a few district. The people are becoming more and more accepting, and the members are growing stronger. There’s now second and third generation members.

The majority of Bolivians are Catholic, though many don’t really practice. They say they are because their parents were, they definitely believe in Christ, and God, but not much beyond that.

The Church today and the Cochabamba Temple

Church attendance was pretty good in the wards where I served, with about 70 in each ward. It may not be alot, but it is growing. There’s a temple in Bolivia in Cochabamba. We were allowed to bring recent converts and families to be sealed there. A giant Cristus statue stands on the hill, with his hand pointing towards the temple. I don’t think that was planned, but it is perfect. The path up the hill to see the statue of Christ is a difficult one, but it is worth it. It’s just like our path to eternal life through Christ.