Here are free resources about the Benin Cotonou Mission: 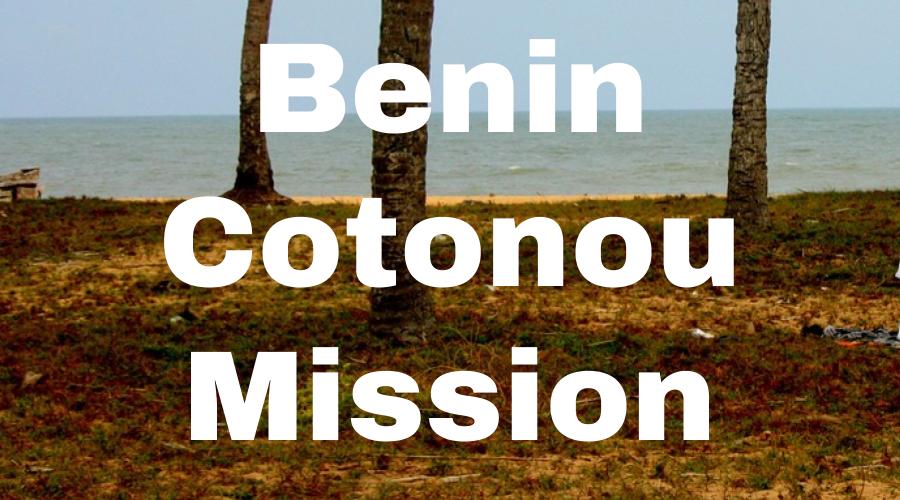 Here’s a recent address for the Cotonou Mission. We try to keep this information up to date, but it’s a good idea to check the mission address with several sources, including your mission packet or the mission office.

Here’s a list of LDS missionary blogs for the Cotonou Mission. This blog list includes the missionary’s name, URL and when their mission blog was updated.

Here are T-shirts for the Benin Cotonou Mission!

Shirt designs include Benin Cotonou Mission logo/emblem shirts and Called to Serve shirts. The shirts make great gifts for pre-missionaries, returned missionaries and missionaries currently serving. LDS Mission shirts come in all sizes: Small, Medium, Large, Extra Large, up to 4XL.  The mission designs are printed on white shirts and are shipped to you.

*Simply click on a shirt design to view the details and submit an order. The designs on mission t-shirts may also be printed on other LDS mission gifts, including: Benin Cotonou missionary aprons, Christmas stockings, ties, pillow cases, teddy bears and Christmas ornaments. 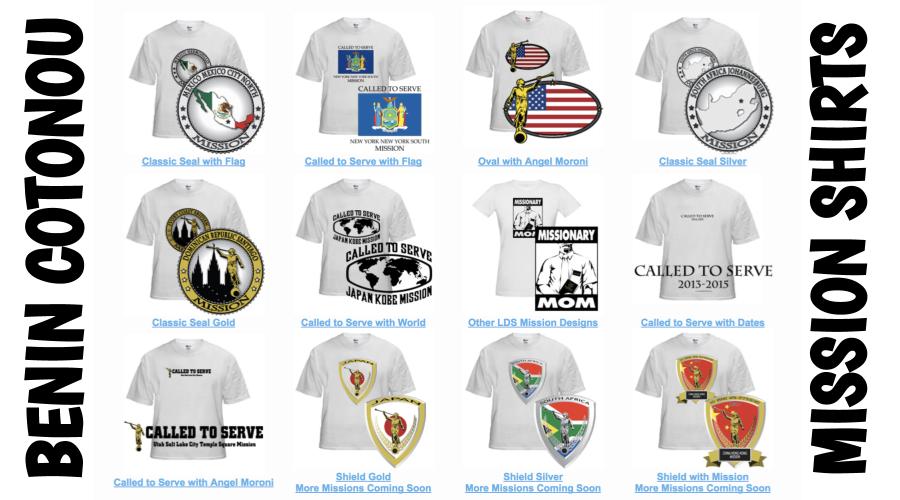 Here’s a list of current and past Mission Presidents of the Cotonou LDS Mission.

Helpful Articles about the Cotonou Mission

Here are survey responses from Benin Cotonou RMs, to give you a snapshot into what it’s like to live in the mission.

What are some interesting facts about the Cotonou Mission?

The LDS church has had a presence in Benin for about 15 years, and in Togo it’s been an extra 2-3 years on top of than.

For a long time that didn’t mean much- there was a senior couple over both countries, and about 4 missionaries in each countries The two countries bounced quite a bit from the Ivory Coast to the Ghana mission and back. But, the Church slowly grew, and so did the number of missionaries. From 4, there were soon 8 missionaries, then 12, and so on.

When the crisis hit the ivory coast back in 2010, they had to evacuate a lot of missionaries from the Ivory Coast, so the mission count in Benin and Togo exploded. Then they decided that Benin and Togo would become their own mission. The work has been progressing rapidly since then.

Growth of the LDS Church in Benin and Togo today

When I arrived in Benin, there were 4 branches and 2 groups -and those groups became branches almost as soon as I got there. By the time I left, there were 10 branches. Togo, similarly, had 8 branches, but now there’s a stake there with 7 or 8 wards! All of this happened in a 2 year period. The growth has been extremely rapid. All of this growth has only been in the two capital cities of Cotonou (Benin) and Lome (Togo). There’s a lot of cities farther in the country that we’re not even close to touching. It was so disappointing when those people were the ones referring themselves on Mormon.org. It was so hard to not be able to help them, but the Church will reach them one day. It’s a great time of growth in both of those countries.

I got to see a lot of missionaries leaving those countries to go and serve in other places. In Benin, I met the first five missionaries ever to serve from Benin, and they have been able to incredibly strengthen the church when they came back. They, and other members are really active and are helping to be the anchors in their branches or wards, wherever they may be.