Here are free resources about the Australia Sydney Mission: 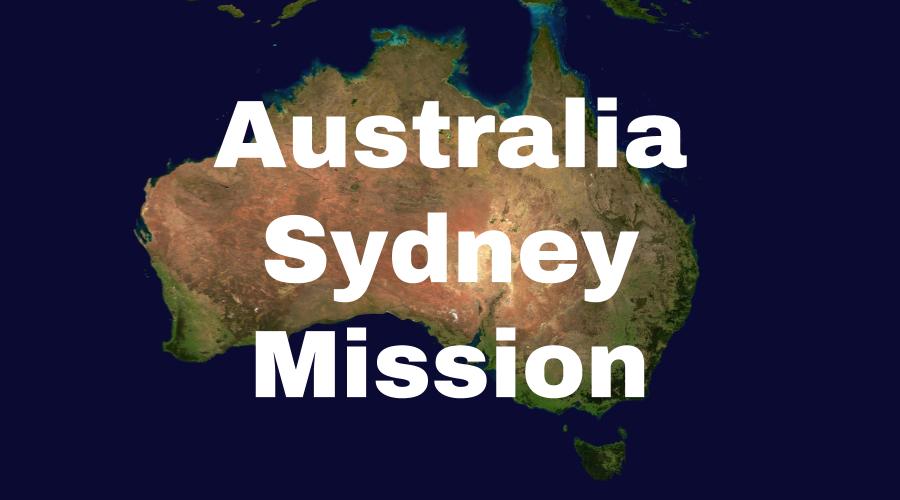 Here’s a recent address for the Sydney Mission. We try to keep this information up to date, but it’s a good idea to check the mission address with several sources, including your mission packet or the mission office.

Here’s a link to the mission map for the Sydney Mission (LDS). Coming soon..

Here’s a list of LDS missionary blogs for the Sydney Mission. This blog list includes the missionary’s name, URL and when their mission blog was updated.

Here are T-shirts for the Australia Sydney Mission!

Shirt designs include Australia Sydney Mission logo/emblem shirts and Called to Serve shirts. The shirts make great gifts for pre-missionaries, returned missionaries and missionaries currently serving. LDS Mission shirts come in all sizes: Small, Medium, Large, Extra Large, up to 4XL.  The mission designs are printed on white shirts and are shipped to you.

*Simply click on a shirt design to view the details and submit an order. The designs on mission t-shirts may also be printed on other LDS mission gifts, including: Australia Sydney missionary aprons, Christmas stockings, ties, pillow cases, teddy bears and Christmas ornaments. 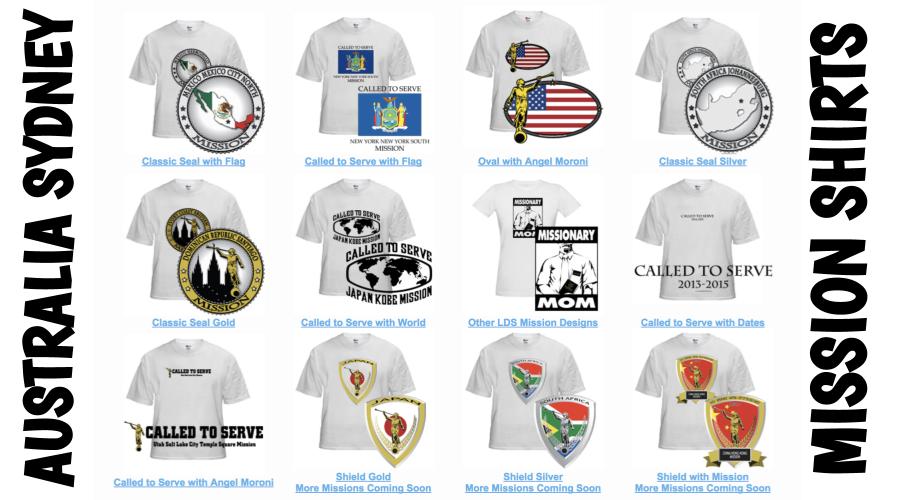 Here’s a list of current and past Mission Presidents of the Sydney LDS Mission.

Here are survey responses from Sydney RMs, to give you a snapshot into what it’s like to live in the mission.

What are some interesting facts about the Sydney Mission?

The opera house is very interesting. They separated the mission into north and south. I visited there five or six times because new missionaries always wanted to see it. Australians really speak differently than Americans. They speak Aussie and they have a different vocabulary. They say sweets instead of candies. When American missionaries arrive it is very confusing because they don’t know what they’re trying to say. They have differnt holidays. They have the Queen’s birthday. They have a memorial day for the servicemen in WWII. They have a lot of different cultural backgrounds. A lot of them have British ancestry.

It usually rains during the winter time and when the summer comes it is dry and really hot. Some times it got so hot that we were advised to stay in our apartments. One time it got to 40 degrees celsius or 100 degrees farenheit and we stepped outside and we felt like our faces were burning so we ran inside.

I spent most of my mission in the city area. They have very different animals. They have wallabies, wombats, and they have a lot of spiders. Most of them are poisonous. I remember seeing a huge spider on the traffic light button that we were trying to push. We found spiders in the backyard all the time. They get really big. When we go tracting we have to walk through bushes sometimes and it can be scary.

There were 13 stakes when I served there. Each stake had a zone generally. In our mission it was fairly uncommon for there to be more than one missionary companionship in each ward. Each ward and branch had one set of missionaries. You didn’t have to worry about covering multiple wards.

The religious culture in Australia has moved towards the side of apathy. Most people aren’t too concerned with religion. The younger crowd is moving towards evangelical churches because they’re fun and have music. Most of the parent’s generation might say that they’re Catholic but haven’t gone in 20 years. Working with such a variety of backgrounds was really interesting and their were a lot of different views on religion. The Polynesians were usually really passionate about religion. There are a lot of students that come from Asia and they see religion as part of the experience and they really enjoyed getting taught by us. We got to be there for the very first time that they learned about prayer or Jesus. It was a really great experience.

Sydney had the most languages spoken within the mission. I think it was about 20 or so. All of the Polynesian languages, Korean, Japanese, Cantonese, Spanish, almost every language you could think of was spoken there.

Church attendance was lower than in Utah. The wards are good sizes. You do have that ward feel that you get in Utah. I might have focused more on church attendance, because getting them baptized and to keep coming to church after is very important. Testimony is a huge deal. They have to have that before they get baptized, and if they can’t get out to church, they need to.

There was a big shift away from tracting towards working with the members. The feed my sheep program was a big program from the church and we were really encouraged to really stop tracting and to work with members. It was a big change from the beginning of my mission because in the beginning we were supposed to spend two hours a day tracting.

Sometimes people just don’t get answers to prayers right away. You don’t want to just baptize people, but you want them to gain an understanding of the gospel. Sometimes addictions, family problems, or other things can get in the way and they have to work through it to get there. Sometimes that doesn’t happen on your timeline, but that’s something that they have to go through with the Lord. You don’t want to rush that process.