Here are free resources about the Australia Perth Mission: 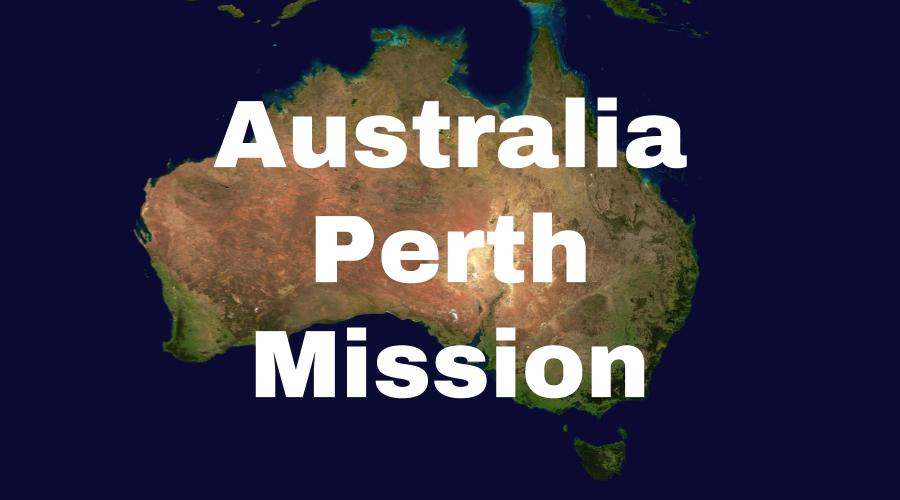 Here’s a recent address for the Australia Perth Mission. We try our best to keep this information up to date, but it’s a good idea to check the mission address with several sources, including your mission packet or the mission office.

Here’s a list of LDS missionary blogs for the Perth Mission. This blog list includes the missionary’s name, URL and when their mission blog was updated.

Here are T-shirts for the Australia Perth Mission!

Shirt designs include Australia Perth Mission logo/emblem shirts and Called to Serve shirts. The shirts make great gifts for pre-missionaries, returned missionaries and missionaries currently serving. LDS Mission shirts come in all sizes: Small, Medium, Large, Extra Large, up to 4XL.  The mission designs are printed on white shirts and are shipped to you.

*Simply click on a shirt design to view the details and submit an order. The designs on mission t-shirts may also be printed on other LDS mission gifts, including: Australia Perth missionary aprons, Christmas stockings, ties, pillow cases, teddy bears and Christmas ornaments. 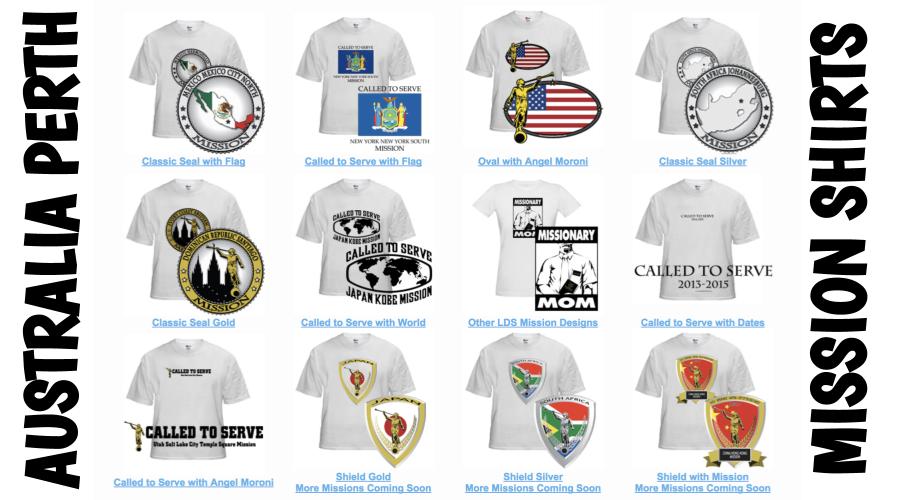 Here’s a list of current and past Mission Presidents of the Perth LDS Mission.

Here are survey responses from Perth RMs, to give you a snapshot into what it’s like to live in the mission.

What are some interesting facts about the Perth Mission?

My whole mission was western Australia. If you cut it in thirds, we had the whole western side. It was pretty large, but the people basically only lived along the coast, although there were areas you had to fly to or take the train to. There is a temple in Perth. There are five stakes with five wards in each stake. There aren’t a lot of members, but they were very tight like family.

The People and the Temple

The people that aren’t LDS are very laid back. They don’t want to change because they’re so used to doing their own thing. A lot of them have problems with the Word of Wisdom. Before the temple was there, they had a hard time going to the temple. The strong members love going to the temple. You have to work with them to help them know to go.

I’m from Phoenix, so the climate if pretty similar. The ocean and beach are really pretty. If you serve inland it is desert hot. They do everything in Celsius and Kilometers so you have to get used to that. It only rained a couple times while I was there, but when it rains it pours hard. It isn’t too humid. I barely used a light jacket. If you’re on a bike you’ll want a beanie.

Work with the Members

Working with the members helped the most. The people in Australia are so friendly with their friends but not with strangers. You have to get members involved early. I would have done that more if I could go back.