Here are free resources about the Arkansas Little Rock Mission: 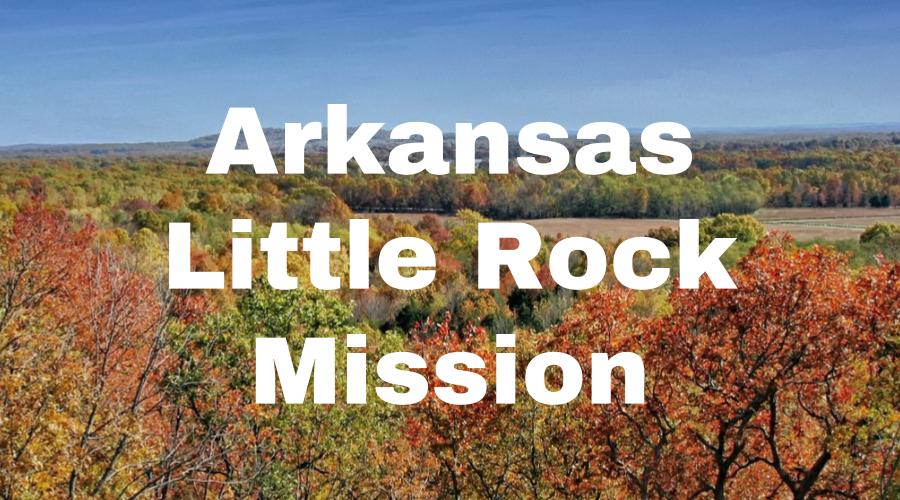 Here’s a recent address for the Arkansas Little Rock Mission. We try to keep this information up to date, but it’s a good idea to check the mission address with several sources, including your mission packet or the mission office.

Here’s a list of LDS missionary blogs for the Little Rock Mission. This blog list includes the missionary’s name, URL and when their mission blog was updated.

Here are T-shirts for the Arkansas Little Rock Mission!

Shirt designs include Arkansas Little Rock Mission logo/emblem shirts and Called to Serve shirts. The shirts make great gifts for pre-missionaries, returned missionaries and missionaries currently serving. LDS Mission shirts come in all sizes: Small, Medium, Large, Extra Large, up to 4XL.  The mission designs are printed on white shirts and are shipped to you.

*Simply click on a shirt design to view the details and submit an order. The designs on mission t-shirts may also be printed on other LDS mission gifts, including: Arkansas Little Rock missionary aprons, Christmas stockings, ties, pillow cases, teddy bears and Christmas ornaments.

Here’s a list of current and past Mission Presidents of the Little Rock LDS Mission.

Here are survey responses from Arkansas Little Rock RMs, to give you a snapshot into what it’s like to live in the mission.

What are some interesting facts about the Little Rock Mission?

Living in Memphis is very different for missionaries than for members. They would always tell us not to go out at night or to not visit certain places, but we would do it anyway. It’s not scary, but it’s a culture shock. I grew to love it. There are some rude people, but you love them anyway. Most of the people there have that southern hospitality.

Most of the members were from Utah. My little brother was fascinated with what I would eat, but it was the same food I ate in Utah. Some places you could get brisket, fried chicken, hush puppies, and all that barbecue. Hush puppies were really new to me.

There’s a lot of famous places in Memphis like Gus’ Fried Chicken and Corky’s. Some of my companions would get pork nachos with me when we went to different barbecue places and we could compare which were the best.

Most people work for Fedex because that’s where the hub is. There are a lot of people that work for them there. I didn’t know that before the mission.

Memphis has the second highest crime rate in the country. That’s just to warn you. Missionaries have a car or have bikes. I biked a couple times but I usually had a car. Tornadoes and flash floods are huge. It poors rain. It was raining super hard once and I didn’t know why the alarm was going off, but I realized it was related to the weather. We hated those alarms because they went off pretty frequently.

The very first missionary in the mission was Wilford Woodruff in 1835. He was called to the Southern States Mission. The mission now covers most of Arkansas and western Tennessee. It also has a little northern part of Mississippi. There are four stakes. There aren’t any districts. It’s comprised mainly of wards in the little cities and branches in the little towns. As a Spanish missionary there were three main Spanish branches you served in. There were also various Spanish groups. The majority of the work was centered in Little Rock and Memphis. There is a temple. I had the opportunity to go there and I served near it for six months.

I really like the Christian background of everyone there. Everyone wants to talk about Christ and the gospel. There is this need that everyone has for the restored gospel. They have questions and are confused. They’ve heard the gospel preached so many different ways and so when we teach them it just makes sense.

You’re gonna get fed pretty good. You can expect mashed potatoes, biscuits and gravy, ribs, steak, pretty much everything that I really love. The food is really great. I ate like every part of the pig, fox tail, alligator. We ate some pretty weird foods.

Little Rock is the headquarters of the mission, but the mission is split two ways. It covers central and northeastern Arkansas. It also has a little bit of Missouri and western Tennessee including Memphis. It also has the northwest part of Mississippi. The way it works is the west and south of Arkansas are not part of the mission. The mission itself has four stakes. There are north and south little rock stakes and north and south Memphis stakes. We have the mission split into four zones. There were seven when I started and four when I finished. There is a lot of work done in Memphis. The other have of the mission is Arkansas. We always talked about going to the other side.