Here are free resources about the Arizona Mesa Mission: 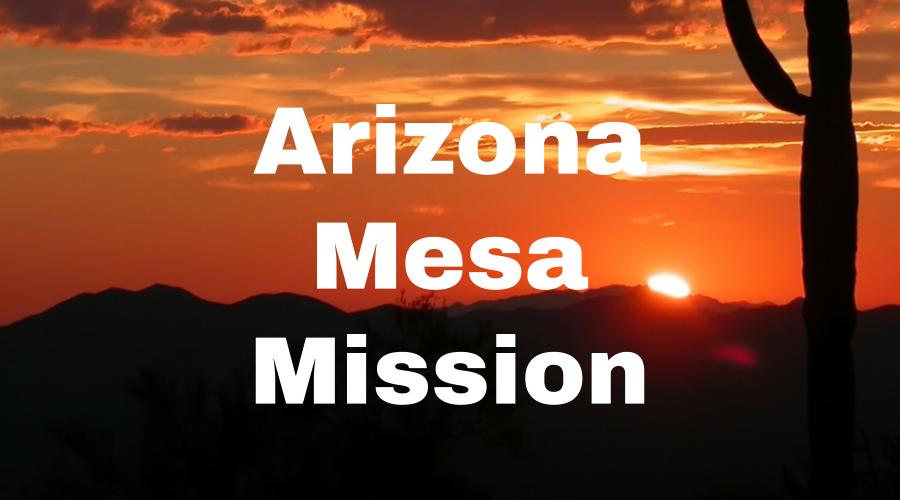 Here’s a recent address for the Arizona Mesa Mission. We try to keep this information up to date, but it’s a good idea to check the address with several sources, including your mission packet or the mission office.

Here’s a list of LDS missionary blogs for the Mesa Mission. This blog list includes the missionary’s name, URL and when their mission blog was updated.

Here are Mesa Mission Groups- for LDS missionary moms, returned missionaries, mission presidents and other alumni of the Mesa Mission.

Here are T-shirts for the Arizona Mesa Mission!

Shirt designs include Arizona Mesa Mission logo/emblem shirts and Called to Serve shirts. The shirts make great gifts for pre-missionaries, returned missionaries and missionaries currently serving. LDS Mission shirts come in all sizes: Small, Medium, Large, Extra Large, up to 4XL.  The mission designs are printed on white shirts and are shipped to you.

*Simply click on a shirt design to view the details and submit an order. The designs on mission t-shirts may also be printed on other LDS mission gifts, including: Arizona Mesa missionary aprons, Christmas stockings, ties, pillow cases, teddy bears and Christmas ornaments. 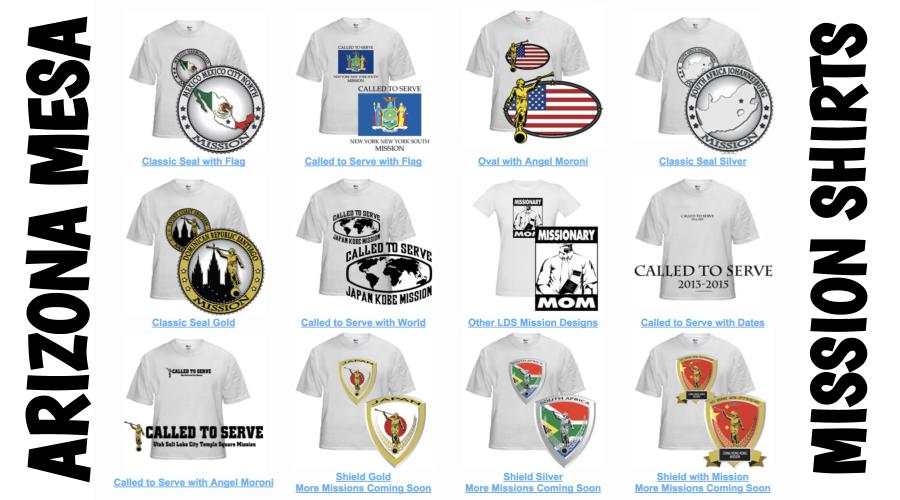 Here’s a list of current and past Mission Presidents of the Mesa LDS Mission.

Here are survey responses from Arizona Mesa RMs, to give you a snapshot into what it’s like to live in the mission.

What are some interesting facts about the Mesa Mission?

One area of the Mesa mission was Snowflake, AZ. It’s called Snowflake because it was founded the Snow family and the Flake family, and they actually decided to name the city after themselves. There’s still a lot of people without the last name Snow or Flake in Arizona to this day.

Many cities in Arizona were founded by members of the LDS church as they were asked by former church president Brigham Young to settle the area. You can tell by the grid system and straight streets. I served in Lehi, AZ which was very historic. It was the area of the first church building built in Arizona. Today, a museum stands nearby with artifacts from the original states.

Before there was a temple in Arizona the saints used to have to travel all the way to Saint George to get married in the Saint George temple. I served my mission during the centennial anniversary for Arizona’s statehood. The Mormon Tabernacle Choir came down to commemorate. One of the coolest things about Arizona is the growth of temples. There’s temples built or announced in Phoenix, Snowflake, Tuscon, Gila Valley, Gilbert, and of course in Mesa

Each year the members put on an Easter pageant to tell the story of Christ. Every day and night of the show, people would come from far and wide and stand in the streets to see it. I believe it is the longest running Easter pageant in the world, and it was really cool to see the excitement of those who participated and spectated.