Here are free resources about the Argentina Salta Mission: 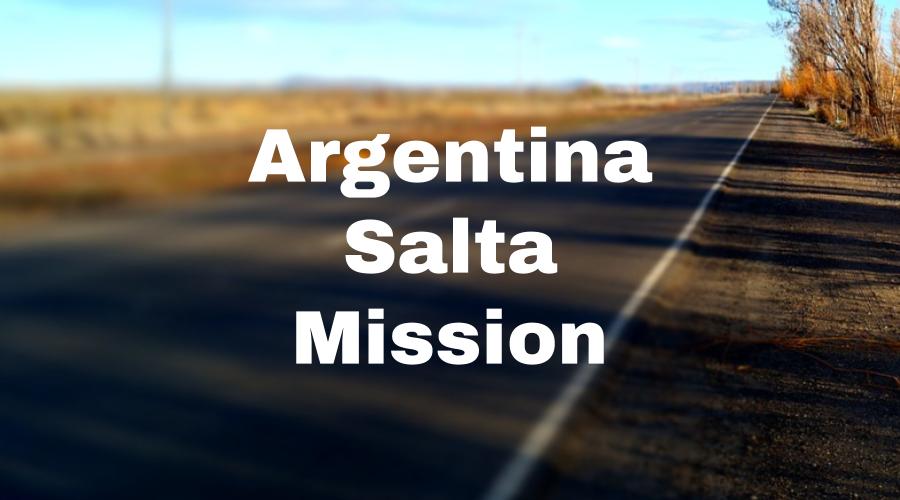 Here’s a recent address for the Argentina Salta Mission. We try to keep this information up to date, but it’s a good idea to check the mission address with several sources, including your mission packet or the mission office.

Here’s a list of LDS missionary blogs for the Salta Mission. This blog list includes the missionary’s name, URL and when their mission blog was updated.

Here are T-shirts for the Argentina Salta Mission!

Shirt designs include Argentina Salta Mission logo/emblem shirts and Called to Serve shirts. The shirts make great gifts for pre-missionaries, returned missionaries and missionaries currently serving. LDS Mission shirts come in all sizes: Small, Medium, Large, Extra Large, up to 4XL.  The mission designs are printed on white shirts and are shipped to you.

*Simply click on a shirt design to view the details and submit an order. The designs on mission t-shirts may also be printed on other LDS mission gifts, including: Argentina Salta missionary aprons, Christmas stockings, ties, pillow cases, teddy bears and Christmas ornaments. 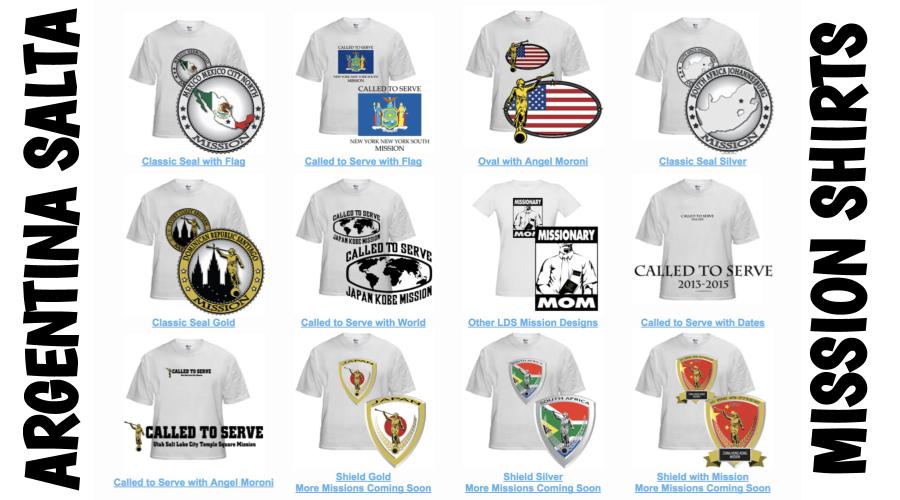 *Click here to see our new shirt design for the Argentina Salta Mission: 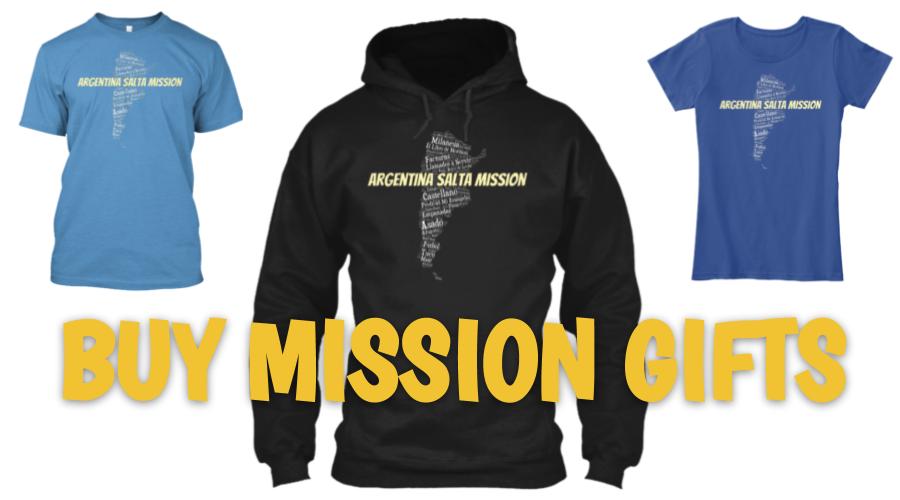 Here’s a list of current and past Mission Presidents of the Salta LDS Mission.

Here are survey responses from Argentina Salta RMs, to give you a snapshot into what it’s like to live in the mission.

What are some interesting facts about the Salta Mission?

Cities in the Salta Mission

The culture in my mission is kind of hard to understand until you’re there. In my mission, there are big cities and small cities. The big cities have shopping centers and are very urban. They have that high energy downtown feel. I grew up in Utah where the cities kind of blend together. There isn’t a very definitive line between Sandy and Draper. In Salta there are the big cities, and then you drive in the desert for 45 minutes until you get to a little city. Then you drive another couple hours through nothing until you get to the next city. If you are in the big city, your investigators will have jobs and an education and their schedules will be harder to work with. Usually where I served was rural. I remember my first night I got to the mission and I stayed in Salta. My trainer picked me up and we had our training and we left. I remember my companion was this cute girl from Chile and she was the best. I adored her. She picked me up and we left. In that moment I kind of realized this is it. I hadn’t even met my president before, but I felt this huge attachment to him. We left found a little taxi. We had missed the last bus and we needed to get to our city an hour away by bus. She took my suitcases and called the taxi. Everything there is a little bit older. The taxis are cars from the 80’s. Only one of my suitcases fit in the trunk, so the other one went in the back and my companion was sitting on my lap. I thought the car was going to fall apart because of how old it was. We were driving around and then suddenly he turns and pulls into some underground parking lot. I remember thinking we were going to die. In reality he was going to this little taxi hub to pick up another person going to the same city as us. At the end of our trip we got their information and they had talked to missionaries before and we visited the family of one of them.

You go into smaller towns and they all have a city square. It’s almost like you’re walking in a town from the 1800’s in Spain. There is a Catholic church right in the center and statues and tall beautiful trees. If you’re in the city it’s gonna be different, but in little towns the main streets are paved and the rest are just dirt roads. All the houses there are made of concrete because it’s so dry and so hot. They get cinder blocks and will build their houses out of that. If you have a concrete house it’s probably because you’re a little bit more wealthy. They normally have one story houses with two to three rooms. Anyone with a two story house is very wealthy and usually lives closer to the central plaza. The farther out you go it’s just cinder block houses with very humble people. They will usually have a little kitchen. There are no dishwashers or washers or dryers for your clothes. They will probably have one or two rooms where all of their children will sleep together in the same bed or two beds. It’s very common to have big families.

They have a very tight knit society because that’s how they grew up. You’ll be walking down the street and children are playing everywhere. You really realize how blessed you are, no matter if you’re in a poorer area or a more middle class area. They aren’t like our neighborhoods here. And you realize that what you’re doing is really hard. You have to go to these  very poor homes and they want to feed you and you have to teach them about tithing and how it will bless their family. You see kids who don’t buy shoes in the summer because their shoes are torn to pieces. They will want to love you.