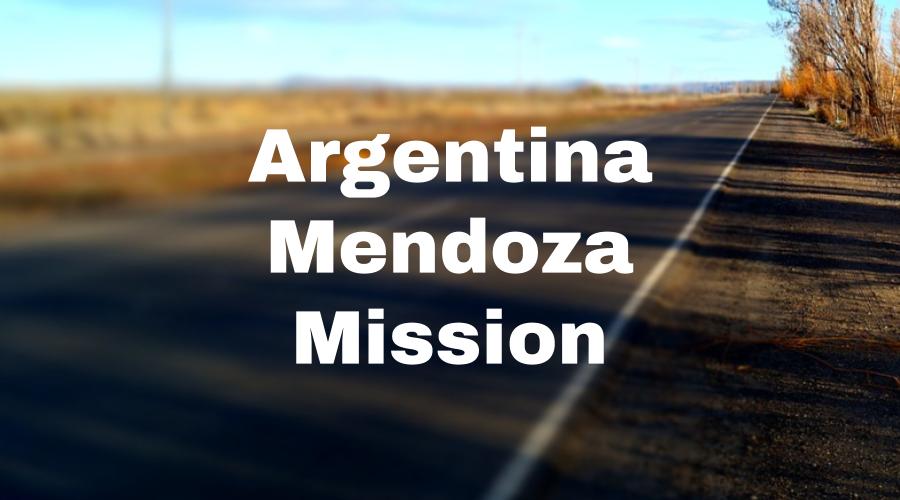 Here’s a recent address for the Mendoza Mission. We try to keep this information up to date, but it’s a good idea to check the mission address with several sources, including your mission packet or the mission office.

Here’s a list of LDS missionary blogs for the Mendoza Mission. This blog list includes the missionary’s name, URL and when their mission blog was updated.

Here are T-shirts for the Argentina Mendoza Mission!

Shirt designs include Argentina Mendoza Mission logo/emblem shirts and Called to Serve shirts. The shirts make great gifts for pre-missionaries, returned missionaries and missionaries currently serving. LDS Mission shirts come in all sizes: Small, Medium, Large, Extra Large, up to 4XL.  The mission designs are printed on white shirts and are shipped to you.

*Simply click on a shirt design to view the details and submit an order. The designs on mission t-shirts may also be printed on other LDS mission gifts, including: Argentina Mendoza missionary aprons, Christmas stockings, ties, pillow cases, teddy bears and Christmas ornaments. 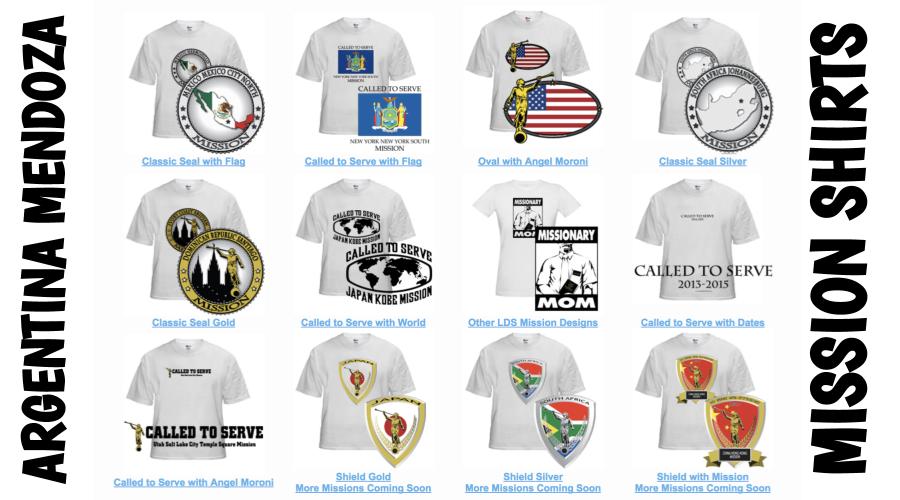 *Click here to see our new shirt design for the Argentina Mendoza Mission: 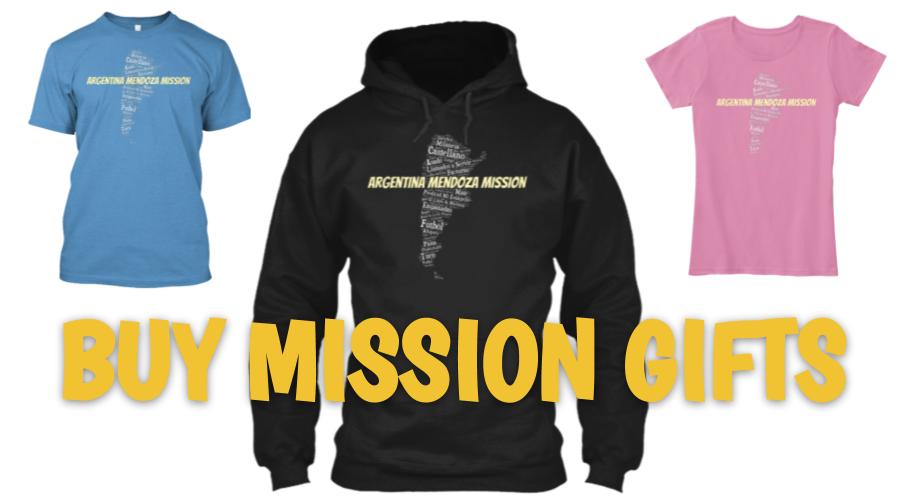 Here’s a list of current and past Mission Presidents of the Mendoza LDS Mission.

Here are survey responses from Mendoza RMs, to give you a snapshot into what it’s like to live in the mission.

What are some interesting facts about the Mendoza Mission?

It’s a very dry climate and gets very hot in the summers and very cold in the winter. There are three provinces in the mission. San Luis is more humid I think but I didn’t serve there. There is a bit of influence from the indigenous people that lived there but most people are descended from europeans, mostly Italian. The region of the Mendoza mission is very agricultural. They grow olives. That’s a big part of the culture because they have a festivals that celebrate the harvest of grapes for example.

Elder Scott of the 12 was the President of the mission that included the Mendoza mission.

Argentines and Brits aren’t very fond of each other because of the Falkland Island war. Try to avoid that subject as soon as possible.

The growing of grapes is important to the culture so they have a lot of events and festivals for that. Gauchos are another part of the culture broadly across all of Argentina. There is a respect for cowboys and their horses. In parades they often have a lot of horses. It’s important to them kind of like cowboy stories are important over here, but more so there. The Argentines are a proud people. They’re proud of who they are. They kind of look down on Bolivians. They also have a rivalry with the people of Chile. In San Juan, they don’t roll their “r’s” so that’s an interesting thing to get used to. They also have a very sing songy cute voice. It’s less of that way in Mendoza. The food is quite good. It has elements of a Mediterranean diet, but with it’s own twists. They have empanadas which are little pieces of flour that you wrap up into a crescent with different meats or vegetables in them. Milanesas are good too. Meat has been an important part of the Argentine diet for a long time. We probably ate noodles more than anything. We often had salads with that. There are a lot of good pastries and dessert breads. They’re called facturas.

In most cities you’ll have the same series of street names like Sarmiento who was an educational reformer. A lot will be named after dates of important events in Argentine history. There are a number of earthquakes that have occurred in Argentina that have destroyed a lot in the past. Elder Scott of the 12 was mission president in Cordoba. That included Mendoza at the time. The Mendoza mission was formed in 1990. The gospel was first preached in Argentina in 1925 with Melvin K Ballard who was there to dedicate the land. Argentines and Brits are not particularly fond of each other because of the Falkland Islands war. In Spanish they are the Islas Malvinas and they still see them as being Argentine. The Perrons are another bit of history to steer clear of.

The areas I was in weren’t too dangerous. You just have to be cautious and follow the safety guidelines in the white handbook. Some places are more dangerous than others and you have to be quite vigilant. Listen to the locals about what places you shouldn’t visit. Take that with a grain of salt though because sometimes you need to visit people in those areas. The only time I got robbed was by an ATM. I never actually got robbed by a person. There was one time when my companion was talking with some people on the bus that weren’t actually paying attention to what he was saying. They got off the bus quickly when we did and followed us and we actually hid behind some bushes and we lost them. Generally it’s a pretty safe place as long as you’re cautious.