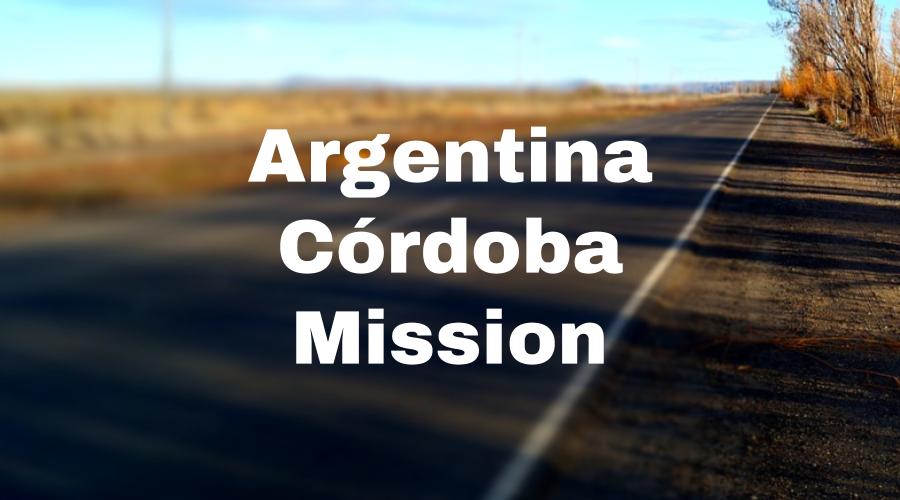 Here’s a recent address for the Cordoba Mission. We try to keep this information up to date, but it’s a good idea to check the mission address with several sources, including your mission packet or the mission office.

Here’s a list of LDS missionary blogs for the Cordoba Mission. This blog list includes the missionary’s name, URL and when their mission blog was updated.

Here are T-shirts for the Argentina Cordoba Mission!

Shirt designs include Argentina Cordoba Mission logo/emblem shirts and Called to Serve shirts. The shirts make great gifts for pre-missionaries, returned missionaries and missionaries currently serving. LDS Mission shirts come in all sizes: Small, Medium, Large, Extra Large, up to 4XL.  The mission designs are printed on white shirts and are shipped to you.

*Simply click on a shirt design to view the details and submit an order. The designs on mission t-shirts may also be printed on other LDS mission gifts, including: Argentina Cordoba missionary aprons, Christmas stockings, ties, pillow cases, teddy bears and Christmas ornaments. 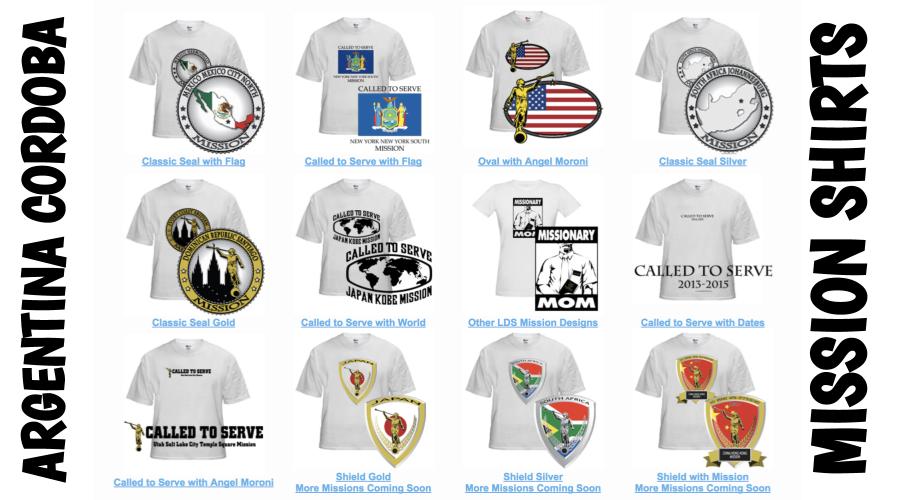 *Click here to see our new shirt design for the Argentina Cordoba Mission: 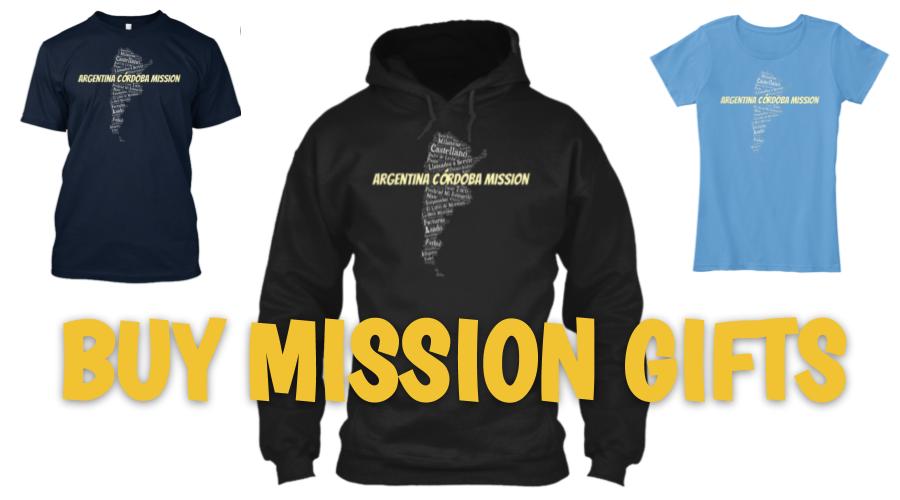 Here’s a list of current and past Mission Presidents of the Cordoba LDS Mission.

Here are survey responses from Argentina Cordoba RMs, to give you a snapshot into what it’s like to live in the mission.

What are some interesting facts about the Cordoba Mission?

Cordoba is right in the center of Argentina, or the heart of Argentina as they call it. My mission in Cordoba also covered La Rioja and Catamarca which were a little bit north and northwest of Cordoba. It was about 10-11 hours from the top of the mission to the bottom by bus, so I got used to traveling like that.

The Church in Cordoba

The church in Cordoba is about 80 years old. On my mission I met a couple of the first pioneers of the church in the area. It was cool to see how much the church had progressed form a couple members to thousands. Now the church is just expanding a ton. The emphasis is on baptizing families and priesthood holders, which helped the church grow and retain its members. The Lord has been preparing everything, from the people and the surroundings for the temple which will be dedicated soon.

My first area began with only about 35 members, and then after about 6 months it grew to 120. I went to another branch that began with only 6 people. Later on I attended a ward with about 130 members. In the big city, there are a lot more members and wards, while in more distant places like la Rioja and Catamarca there a lot of smaller branches.

I feel like Cordoba is so unique it could be it’s own separate country. The language there is really sing songy and is just a crazy accent. I love it. They also have their own music. It’s a type of cumbia that comes from Cordoba. They special empanadas that they don’t have in other parts of Argentina. The meat is cooked with lemon juice. I loved the food. I loved the people. I was expecting them to be more Latino looking, but they’re all of Italian descent. Transport was usually through double decker bus. It rained quite a bit and it always rained hard and flooded the streets. Once there was a huge storm that knocked down big trees. In one area I never saw rain for six months. It gets really hot like 120 degrees. Cordoba itself is a little more mild. It gets pretty hot in the summer and pretty cold in the winter. A lot of houses I went into were just cinderblock or cement houses. There weren’t really good directions or addresses, they would just tell you who lived by who. We helped build up a few roofs while we were there. Almost everyone builds their houses. Most people work in construction or they sell food or other things outside of their house. Cordoba is the second biggest city in Argentina.