Here are free resources about the Argentina Comodoro Rivadavia Mission: 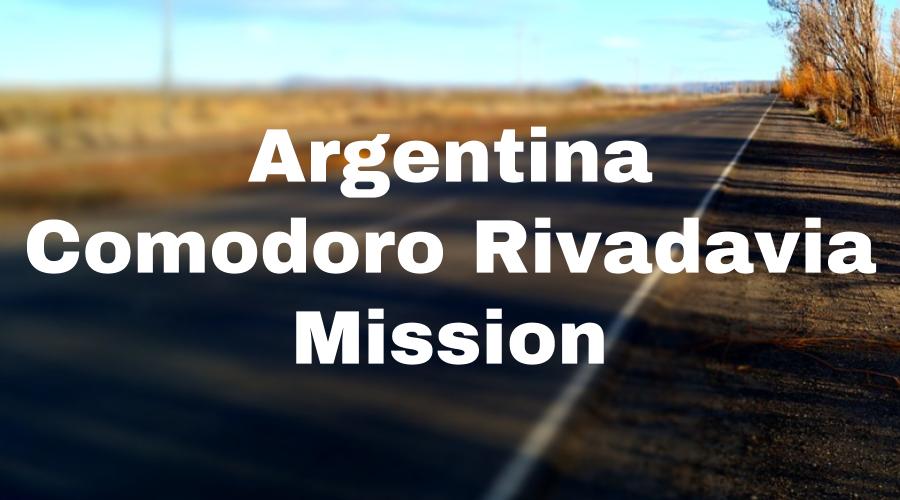 Here’s a recent address for the Comodoro Rivadavia Mission. We try to keep this information up to date, but it’s a good idea to check the address with several sources, including your mission packet or the mission office.

Here’s a list of LDS missionary blogs for the Comodoro Rivadavia Mission. This list includes the missionary’s name, URL and when their blog was updated.

Here are Comodoro Rivadavia Mission Groups- for LDS missionary moms, returned missionaries, mission presidents and other alumni of the mission.

Here are T-shirts for the Argentina Comodoro Rivadavia Mission!

Shirt designs include Argentina Comodoro Rivadavia Mission logo/emblem shirts and Called to Serve shirts. The shirts make great gifts for pre-missionaries, returned missionaries and missionaries currently serving. LDS Mission shirts come in all sizes: Small, Medium, Large, Extra Large, up to 4XL.  The mission designs are printed on white shirts and are shipped to you.

*Simply click on a shirt design to view the details and submit an order. The designs on mission t-shirts may also be printed on other LDS mission gifts, including: Argentina Comodoro Rivadavia missionary aprons, Christmas stockings, ties, pillow cases, teddy bears and Christmas ornaments. 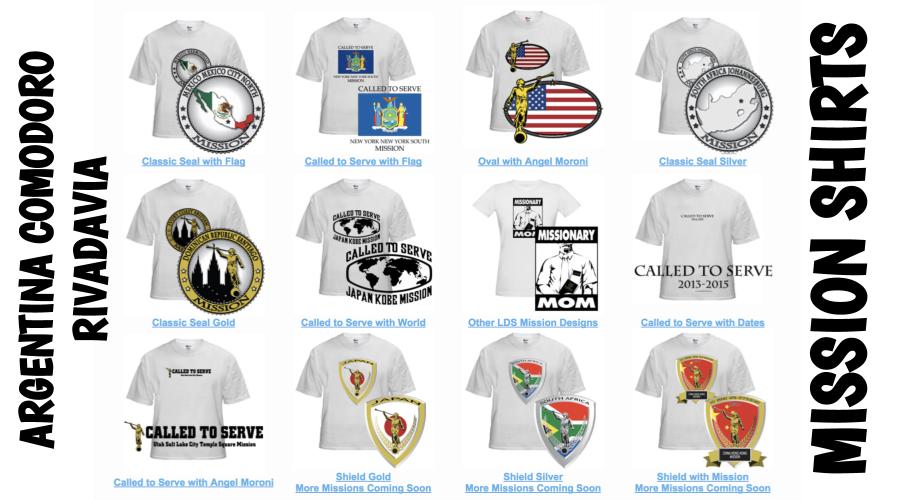 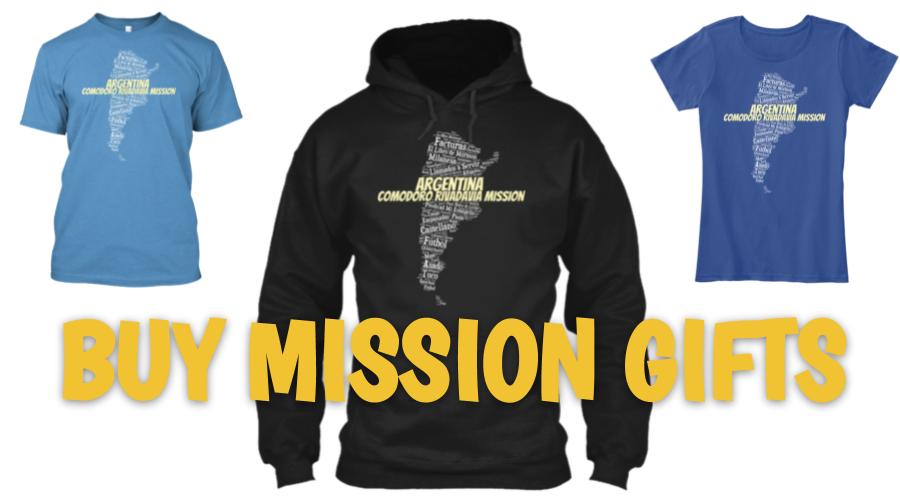 Here’s a list of current and past Mission Presidents of the Comodoro Rivadavia LDS Mission.

Here are survey responses from Argentina Comodoro Rivadavia RMs, to give you a snapshot into what it’s like to live in the mission.

What are some interesting facts about the Comodoro Rivadavia Mission?

A Mission Split into Four

I went into the MTC in July 2013 and got back in January 2015. I started in Puerto Madryn and went to some other places including Comodoro itself. My mission president liked to refer to our mission as four missions in one. There is the northern part which has two stakes and the culture is a little different. It’s warmer so they have more tourists that come in on big boats. The middle area where Comodoro is is where people work on the oil rigs and do other things in that industry. That can change the family dynamic a little bit because the fathers usually have to work a lot during the work and they aren’t home a lot. The further south you go it seems like people are there just for work. You go more south and get to Rio Gallegos which is really windy and a lot of people that work down there have a good amount of money. Then you pass through Chile to the island of Tierra Del Fuego. That is all one district right now working towards becoming a stake. A lot of people that have moved to Rio Grande don’t have a lot of family there so they just work in factories and have their immediate families. It’s really cold down there with the extreme wind chill. We got told to stay in one day because there was so much wind.

The Edge of the World

Ushuaia is the beautiful area of the mission with beautiful mountains and the ocean. My mission president always said that he went to different missions as he traveled throughout our mission. In all of the areas there is a big difference in attendance. As you move farther south it really varies. Some wards are really strong while others have very small attendance. I want to say the smallest was in Rio Gallegos and we had about 40 people come to church. I was never in really small branches, they usually put sisters where the wards are a little bit stronger. In Puerto Madryn we got up to like 100 or 115, but it changes.

There were three main religions. The evangelicals always had loud music and were very interesting. There were the Catholics that most of them never went to mass or participated in church at all. They would go for holidays, but they would just tell you they were Catholic to try to get rid of you. They viewed their baptism as “the baptism” so it is hard for them to understand that they would need a change. We did teach a substantial amount of Catholics though. There were also Jehovah’s Witnesses. We would pass them a lot as they were knocking on doors at the same time as us. There were a chunk of people that didn’t believe in anything, and you have to learn to handle that when teaching people. Most people have heard of Jesus Christ so that really helps.

Teach with the Spirit

Some people are so open and willing to learn, but a lot of people haven’t had church experiences so you need to help them. It’s the most incredible thing to share your testimony with another person. I grew a lot after that experience. Focus on teaching with the Spirit.

I started off in Puerto Madryn and it’s the most northern city in the mission. I was in the area close to the ocean and I got to see the whales jumping. A lot of tourists will come to the beach in the summer and they will go to see the whales. The area there is pretty flat for the most part. Some of it was paved and some of it was not. I loved that area. They are very welcoming and open. We had a lot of young single adults that would come out with us. They just need to have a little bit of confidence in you to open up and share. Part of my area I had a neighborhood with a lot of Bolivians.